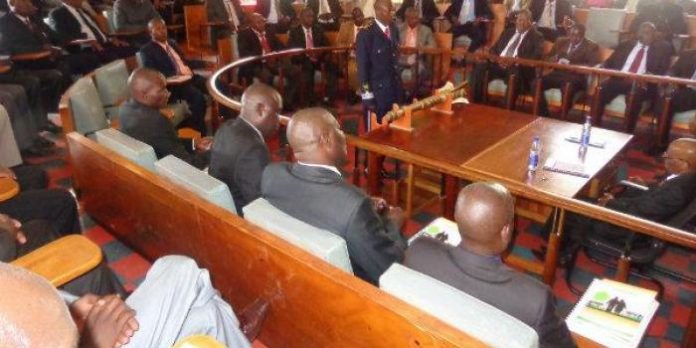 Nyeri MCAs and executives have set aside Sh329 million for food, travelling and gifts this financial year.

This is almost equivalent to the Sh364 million allocated to the health department’s development budget.

The county assembly has been allocated Sh88 million for domestic travel and allowances and Sh18 million will cater for transport and the remaining Sh70 million will be spent on daily allowances.

The executive on other hand will spend Sh119 million on foreign and domestic trips and Sh18 million on catering services.

MCAs will not be blowing up taxpayers’ money in foreign trips as they did not allocate money for foreign travel.
They will spend a whopping Sh104 million on a vote head labelled Hospitality, Supplies and Services.

More than Sh10 million will be spent on catering, Sh88 million on seminars and Sh5 million on board allowances.