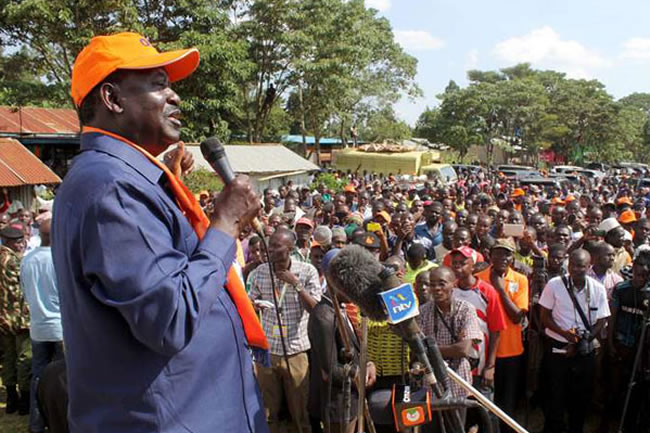 ODM has unveiled a political plan to woo voters that will see CORD leader Raila Odinga engage in a three-month tour across his ODM strongholds before venturing to other counties in the country.

Speaking yesterday, ODM chairman John Mbadi said the rallies will kick off this weekend, with Mr Odinga expected t start a tour of Marakwet and Uasin Gishu counties. On Saturday and Sunday, Mr Odinga will be in Uasin Gishu and Marakwet counties.

“We have done Vihiga, Busia and parts of Kakamega County,” said Mr Mbadi.

In western Kenya, Mr Odinga will hold rallies in Kakamega and Bungoma counties.

“We shall then move to Trans Nzoia and West Pokot counties before going to Coast (Mombasa, Taita Taveta, Kwale and Kilifi) then move to Kisii and Nyamira and later visit the Luo Nyanza counties,” said Mr Mbadi.

Mr Odinga — the Cord and ODM leader — is fighting to maintain a grip on his political strongholds in the face of an onslaught from the ruling Jubilee Coalition which has launched an aggressive campaign in regions that voted en-masse for Mr Odinga in 2013.