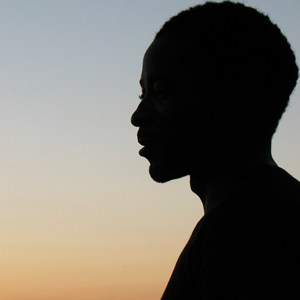 Marriage and HIV/Aids: “My name is James Otieno Orondo. It’s very painful to narrate this story but I will do it as best as I can.

In 2011, I met a beautiful woman and instantly fell in love with her. I still remember clearly that we went out for our first date on the last day of April.

On this day, we talked about several issues including the need to remain pure even as we looked forward to getting married.

I also suggested to her that we would have to be screened for HIV before we got married. She asked me: “What if one of us turns out positive? “

This question came to me as a surprise. However, I did not give it any further thought and I told her that I would consider terminating the relationship if that was the case.

Around June of the same year, my cousin happened to have fallen sick and was admitted at Kenyatta National Hospital.

One day, my girlfriend and I went there to check on the patient.

As we left, I suggested that we visit the VCT centre at KNH for screening. She did not object but unfortunately, we were not tested. The attendant we found there told us that they have already closed. It was 5.00pm.

Maggie Ireri: What I learnt after taking a loan to buy a house in my 30s

That was the last time we visited the VCT together. Every time the issue came up in our discussion, she told me that she knew her status and therefore there was no need of visiting the VCT together.

I was not comfortable with this and I kept on reminding her of the need to do the test together. On December 1, of 2011 I decided to do the HIV test alone.

Of course it was something I used to do on every first day of December, the World Aids Day. After testing on that day, I called my girlfriend and reminded her to find time and take the test.

I also informed her that I had been screened and found to be negative. Her response was weird. She told me over the phone that I needed not to worry as they are tested at the work place at least after every three months. She works at one of the most prestigious health facilities in Kenya.

I didn’t know whether to believe her or not but by Christmas time of the same year 2011, I had purposed in heart to terminate the relationship.

But even then I couldn’t, for I loved her so much, from the bottom of my heart.

We got married in late February of 2012. Fortunately, she got pregnant on our first night together.

But things took a twist three months later. I started feeling ‘funny’ in my body. The sudden rushes on my face were worrying.

I also had some swellings on my body. I discussed these issues with my wife but she didn’t take it seriously, remarking one day in jest that I was suffering from late puberty.

Of course I was worried and called a friend of mine who is a doctor and explained what I was going through. After a long chat over the phone, he invited me over to his clinic.

What he told me as we sat down in his office shocked me. From what I had described, he told me that there was a likelihood that I had been infected with HIV.

He advised me to take the test which I flatly declined, explaining that I was last tested on December 1 of the previous year and I was okay.

“I know you recently got married. Were you tested together prior to your marriage? ” he asked me calmly.

I told him exactly what happened and why we were not tested together. The doctor, after a long silence, insisted that I should take the test as well because according to him, all the explanations I had given him pointed in one direction.

In the end, I did not take the test but I went home confused. I didn’t share anything with my wife either but I was very scared.

A day after my encounter with the doctor, I asked my wife when she intended to start going for prenatal clinics.

The following week, she went for her first visit. I didn’t accompany her. From hospital, she came to my workplace and told me the news I have been expecting all along. My doctor was 100 per cent right. I was angry and disappointed.

That evening, I went home and we had some serious talk but what surprised me was her response to my questions and concerns.

She told me that I should thank God that I was only HIV positive, and invited me to visit the cancer wing of the hospital where she works and see for myself how cancer patients were suffering. I was shocked. She was unapologetic over the whole issue.

In front of me I was seeing a heartless human being. My conclusion was that she was aware of her status but chose not to discuss it with me before we got married. I was heartbroken but with limited options.

I decided to forgive her for the sake of the baby she was carrying. She gave birth to a beautiful baby girl. The baby is okay.

Three months after the baby was born, I started to notice a change in attitude from my wife. I did not take it so seriously but it later emerged that my wife was still having a secret affair with another man. The man turned out to have been her boyfriend before I knew her. I got stressed with the whole affair because she was not even apologetic after it turned out to be true.

A year later we separated, not because of our HIV status but because I felt the relationship had become too toxic.

This story on Marriage and HIV/Aids was first published in the Daily Nation.