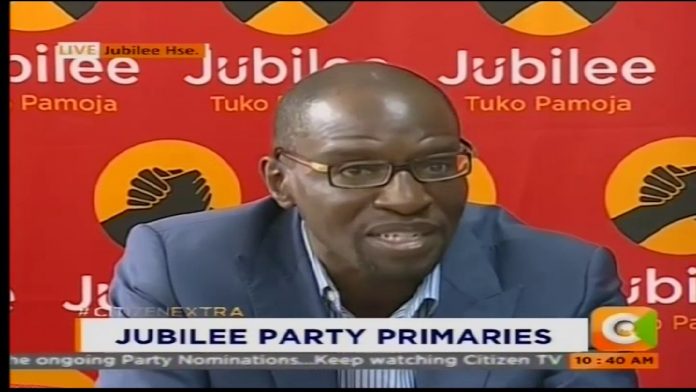 The primaries which kicked off on Friday morning have been pushed to a later date,yet to be communicated.

Speaking at the party headquarters in Pangani, Tuju told party supporters that the exercise had to be called off after it was apparent some areas had not received electoral materials in time.

He further assured aspirants of free and fair polls,adding that no single ballot box has been stolen or disappeared.

However, voting is expected to go on as planned in Meru, Kiambu, Laikipia and West Pokot counties.

In most cases,county election board chairpersons decried few ballot papers.

“We have a shortage of ballot papers, and we do not have enough vehicles to transport officers to polling stations. There are no stamps.  Additionally, some of the ballot papers delivered have errors,” County Election Board Chair Benard Mutai was quoted in the morning.