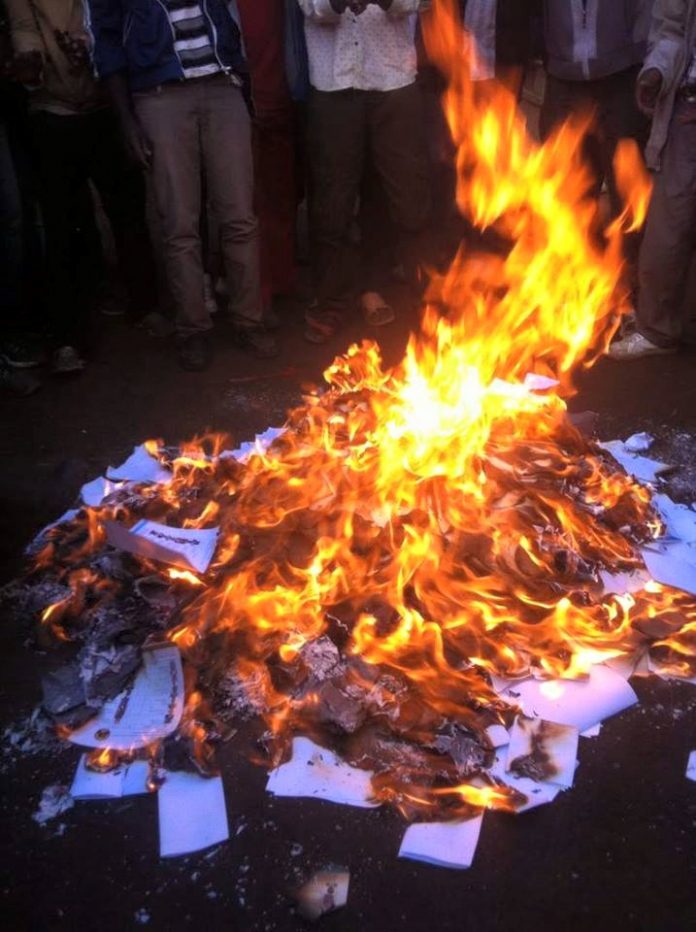 Nomination exercise in Nyandarua County have been canceled, adding to the number of counties where nominations have been called off.

In Nyandarua, angry residents burnt ballot papers at Ol Kalou Primary School after the exercise was called off.

The nominations were called off following mounting complaints from aspirants and voters.

The exercise in Nyandarua was marked by claims of marked ballot papers, delayed voting, and missing names.

Other counties complained that the Jubilee party had decided to use the 2013 IEBC register as opposed to the list of voters registered in the latest Mass Registration exercise conducted earlier in the year.