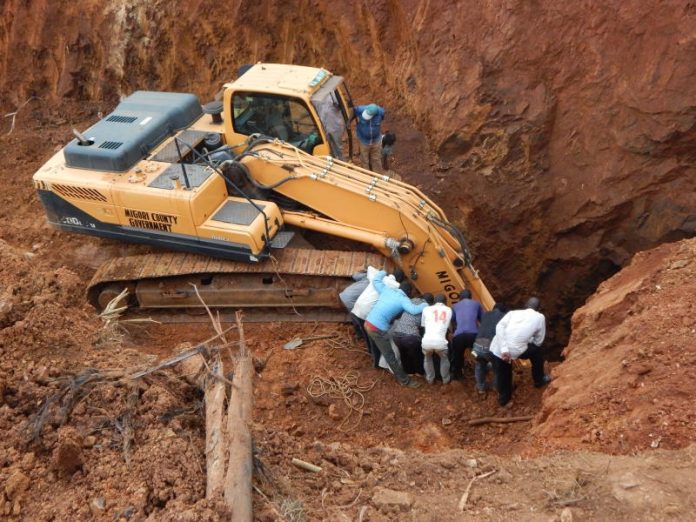 Three people including a secondary school student and a university student died on Thursday after a gold mining shaft caved in and covered them at Nango area in Bondo, Siaya County.

23-year-old Nicholas Adera, a Form Four student at Uyawi Secondary School, David Ochieng’, a student at Egerton University, and 21-year-old Kevin Ochieng Juma were on their usual mining expedition at around 3am when tragedy struck.

According to Bondo Sub-county Police Commander Anthony Wafula, the three were in the company of other people when the mining shaft which was about eight meters deep caved in.

The police commander said the deceased succumbed to injuries after being retrieved from the mine by their colleagues.

The bodies of the deceased were taken to Bondo Sub-county Hospital mortuary.

Following the tragic incident, the sub-county police commander announced a ban on all gold mining activities during the night.