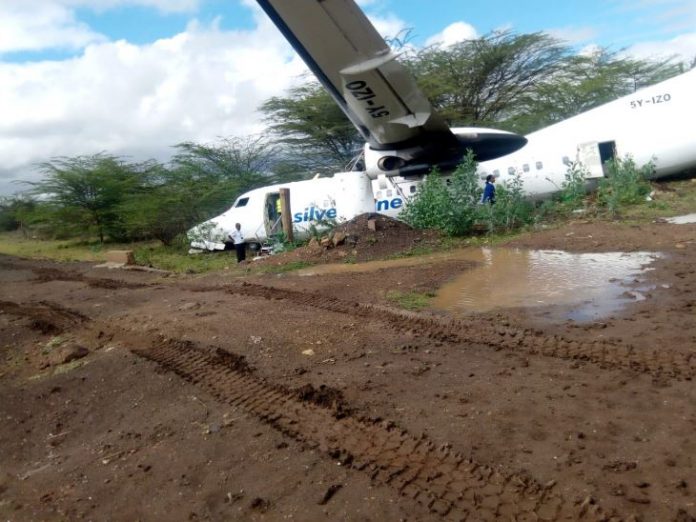 A plane belonging to Silverstone Air crashed at Wilson Airport shortly after take-off on Friday.

Reports indicate that the plane that was leaving Nairobi for Lamu skidded off the runway.

“We can confirm that our Fokker 50, 5Y-IZO has had an incident while taking off at Wilson Airport at 9am this morning. The aircraft was operating the Wilson-Mombasa-Lamu-Mombasa-Wilson route,” Silverstone Air said in a statement.

Passengers and crew are said to have been safely disembarked as authorities assess the situation.

A spot check on the website reveals that the aircraft is among six Fokker 50s owned by Silverstone Air.

There was a similar incident two years ago where a light aircraft operated by Ribways crash-landed off Wilson Airport three minutes after take-off.

The plane registered as 5Y-PEB crashed between the Southern Bypass and Kibera.

Five people who were onboard the aircraft at the time: 2 crew and 3 Citizen TV journalists, sustained injuries and were taken to Nairobi West Hospital.

Kenya Airports Authority confirmed that emergency services including fire trucks from Wilson Airport responded immediately and evacuated all the passengers.