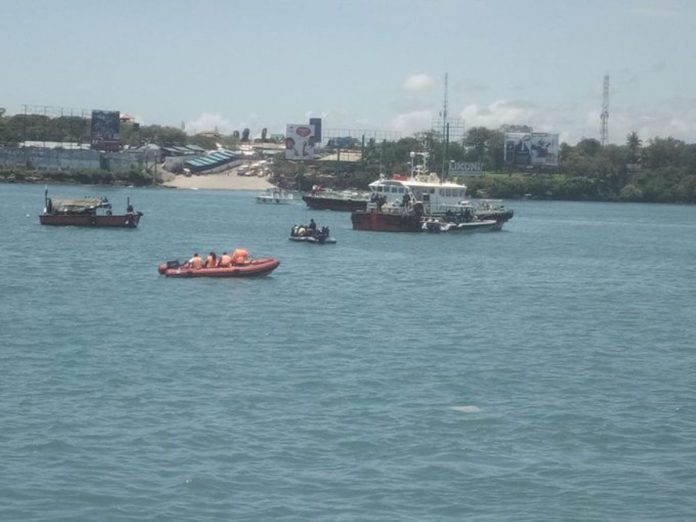 The Kenya Navy on Tuesday evening announced the sighting of an unnatural disturbance in the seabed of the Indian Ocean following the deployment of new technology in the ongoing search for two bodies of a mother and daughter.

The head of the recovery operation, Col (Rtd) Lawrence Gituma, said the new technology has enabled them to narrow down the search for the bodies of Mariam Kighenda, 35, and her daughter Amanda Mutheu, 4, to a 300m radius out of the 1.2km radius search area earlier identified.

“The team will tonight analyse all the data from the images taken in the water today,” Gituma said.

The five South Africans contracted by Mariam’s family and the three contracted by the government today made an extensive dive in four locations.

Tuesday marked the ninth day of the operation since Mariam and Amanda perished on September 29.

Their vehicle slid off the MV Harambee mid-stream and plunged into the ocean.

Gituma said the concentration is now on four possible locations where the wreckage of the vehicle could be.

On Wednesday, a remote controlled camera will be deployed to verify images that have the same characteristics as Mariam’s vehicle in the four locations identified.

“In that locality that we think will pay off there is a mud layer of 1.5m,” said Gituma.

“That area also shows signs of disturbance by an artificial object that is not common in the sea,” said Gituma.

On Tuesday night, the diving team will be analysing images captured and preparing for deep sea dives.

The team has scaled down use of human interface in the search and scaled up on the use of technology.

He said the team is now using a multibeam system that is able to look at the seabed.

The search team has had to modify their boats to fit the latest technology acquired for the operation.