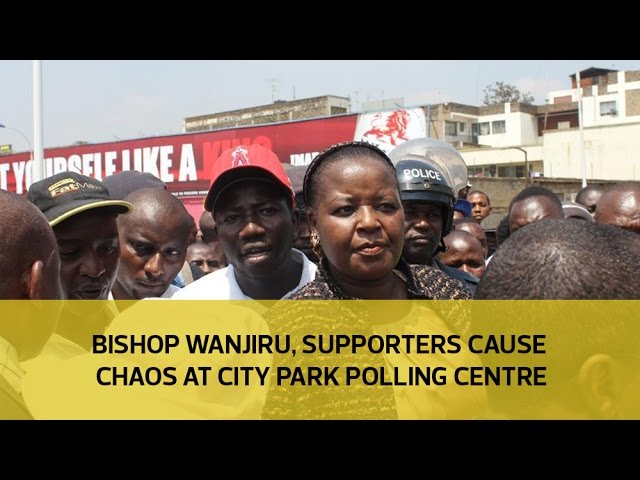 Gubernatorial  aspirant for Nairobi county Margaret Wanjiru was arrested on Wednesday evening and is likely to spend the night at Pangani police station.

She had claimed there was a mix up in the distribution of ballot papers.

“I am calling upon the National Elections Board to repeat the elections for City park market polling station since the exercise at this station started at 3pm and we have now found ballot papers for Dagoretti here,” she said.

Wanjiru was however quick to say that she was inspecting the voting process in polling stations.

She was arrested by the police while going to Jubilee headquarters to report the case.