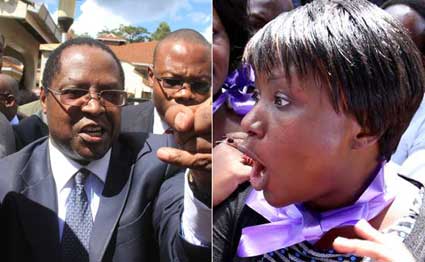 Wambora will now face senator Lenny Kivuti, who is vying for the seat on Maendeleo Chap chap party, and businessman Kithinji Kiragu on PNU, in August.

Strikingly, political allies of Ms. Mbarire who contested in various Embu seats lost heavily, an indication that voters might have been out to punish perceived political enemies of Governor Wambora.

Mbarire lost heavily in all polling stations in her Runyenjes constituency, where she garnered only 7,415 votes against Wambora’s 30,206.