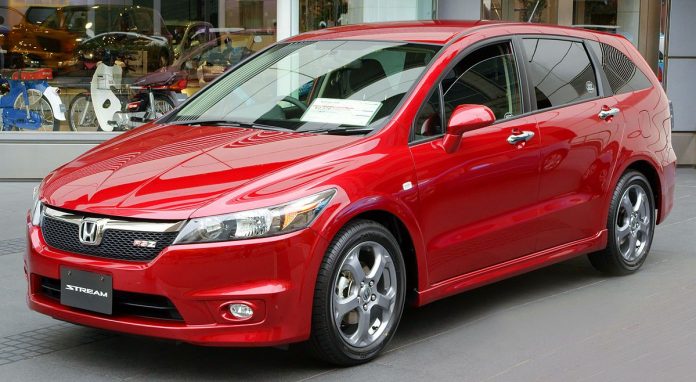 Hondas are an open secret in the motoring world. If you want the best of Japan while avoiding the too-obvious Toyota, get a Honda.

If anything, this is the one car that is more reliable than a Toyota, too bad the Civic did not and does not sell like the Corolla; and Honda doesn’t build a pickup.

They do build and sell dozens of millions of motorcycles, though, and no, that is not hyperbole, they DO build motorbikes in the eight figures.

Spare parts are not and should never be a problem. How many Airwaves have you seen around? How do THOSE owners maintain their vehicles? Feel free to join them.

Resale value may be disheartening at the moment owing to the “should-I-shouldn’t-I?” uncertainty and indecisive mindset that you and many others seem to have; so hopefully this will clear things up: Yes, you should. I plan to, too, one day…. VTEC coming soon to a column near you.

Residual values are something else; related to resale value but not dependent on it.

Actually, the converse is true: resale value is dependent on residual value. Residual value is how well the car holds up over several years of usage and ownership, but this is not per car, it is per model of car.

Here are examples: cars with good residual values are best exemplified by the Toyota Landcruiser and the Toyota Hilux. They simply never depreciate. This does not mean that you cannot find a grounded or worthless Hilux, you can and will, though this will be an isolated case; but as a model, it maintains its physical (not sentimental) value over time.

Cars with bad residual values? They’re almost exclusively European and almost exclusively French. Peugeot tops the list closely followed by its fellow Frog-mobiles: Renault and Citroen. Alfa Romeo also joins the list of Euro-letdowns, but this brand of car is usually rescued from ignominy by its sentimental value. Its residual value is below zero.

Toyota may have done a lot of marketing, but the biggest contributing factor to their success was they let their products speak for themselves. The two aforementioned vehicles, the Hilux and the Landcruiser, have done more to market Toyota as a brand than a billion-dollar advertising budget ever could.

Honda’s engines may also speak for themselves, but this is only in closed circles: Ask anyone to explain what VTEC means (Variable Valve Timing and Lift Electronic Control) or how it works (a camshaft with two cam profiles or two different camshafts; one of which is oriented for economy and the other for performance, and the switchover occurs at around 6,000rpm) and they’ll stare at you like you were a creature from Star Wars.

Yet VTEC engines are the one type of engine to have never suffered a single failure in their entire history, not one, and this is in spite of them being in production since 1988 and now numbering in the tens of millions.

How about the fact that Honda designed a cylinder head (CVCC heads) for use in its American version of the Civic hatchback, a design so delightfully simple and so fiendishly clever that the fuel economy figures achieved from a carburetor-fed engine from the 1970s are still unbeaten even by today’s cleverest EFI systems?

This geeky techno-frippery may be what scared people off Honda. Everybody is cagey about innovation, especially the really technical ones.

Try selling an all-in-one app to a major corporation and see them approach it like a cat approaching a bath.

Then again, maybe the movies,  newsreels of war theatres, bush ambulances, adventuring tourists, lifestyling twentysomethings, successful businessmen and happy farmers almost always feature a Toyota Landcruiser or a Toyota HIlux and we are thus indoctrinated from childhood to believe that Toyota is the beginning and the end of everything; anything outside of that is nothing but a brief and temporary sojourn into the unknown.