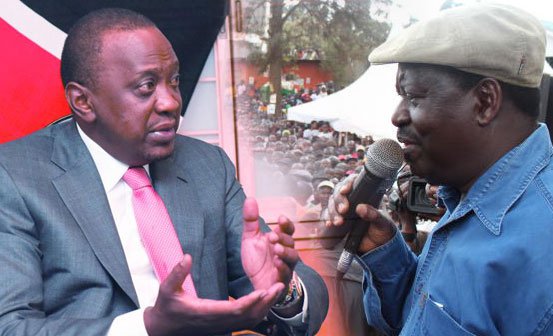 President Uhuru Kenyatta on Wednesday told off Cord leader Raila Odinga after the Opposition leader took a swipe at Jubilee during the burial of the late politician William ole Ntimama in Narok.

Mr Odinga, while eulogising the former minister, said Mr Ntimama had affirmed his position in ODM and dispelled fears that he had decamped to Jubilee.

In protest, Mr Odinga refused to honour President Kenyatta at the end of his speech when he remained sat as the head of state was heading back to his seat.