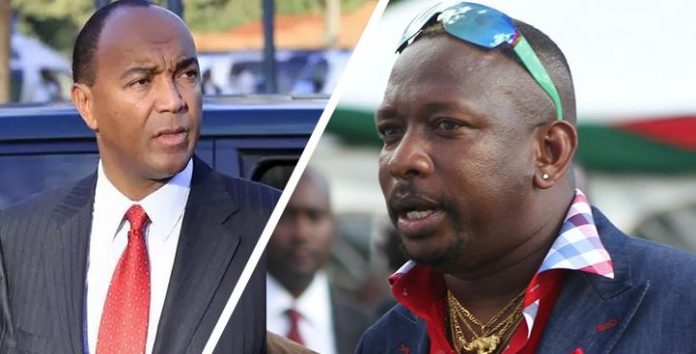 According to Kenyan daily newspaper, The Star, Sonko has been offered numerous cabinet posts in a bid to have him step down from the Nairobi gubernatorial race and instead support Peter Kenneth.

Apparently, Sonko was set to be named the CS for the Nairobi Metropolitan Region, a new post created for him. He would oversee Kiambu, Kajiado, Murang’a and Machakos counties after the August 8 election – if Jubilee won.

“We have given up on Sonko. We wanted him to back Kenneth and we even offered him many other options, but he has rejected all of them,” the source told the Star.

It has been further claimed that Sonko is pursuing billionaire businessman Jimnah Mbaru to be his running mate.

This follows perceptions and claims that Sonko is neither good mannered nor management savvy.