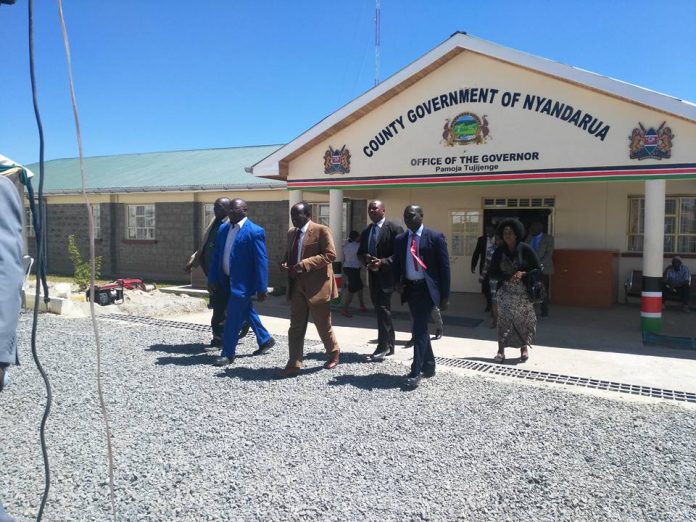 Many services at the Nyandarua County headquarters were paralyzed on Thursday as the area Governor Waithaka Mwangi held a staff bash.

The bash comes shortly after the area Governor was accused of blocking the Ol Kalou Nakuru road to hold a political meeting. The meeting was held in the middle of the road.

According to area political observer Chege Thiari, the bash which was held at the county headquarter grounds, could have costed the taxpayer millions of shillings.

“All Nyandarua County schools’ buses are currently shuttling Nyandarua County Government staff to Ol Kalou for Governor Daniel Waithaka New Year bash,” he added. According to Thiari, those in attendance were to receive envelops with cash as tokens of appreciation.

However, the Governor’s pressmen said that the party was a meeting to deliberate on “quality services to residents of Nyandarua.”

Nyandarua County is currently one of the poorly performing counties in the country with poor infrastructure and development record despite receiving billions of money from the National treasury since 2013.

The area Governor has indicated that he will be contesting for re-election in the August general elections. He will be facing off with Francis Kimemia.