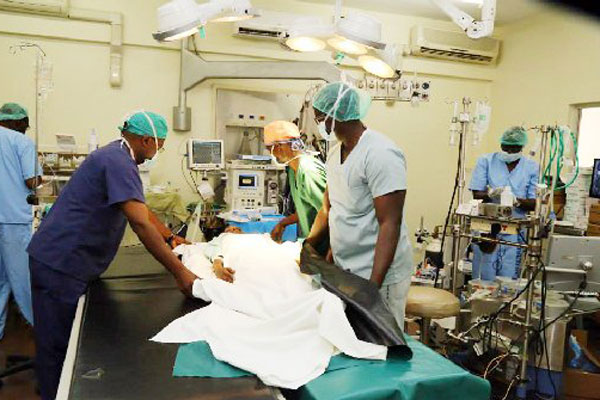 It has been nine years since I graduated from medical school at Moi University.

I was 25 years by then and like most young adults, I was impatient with life.

I was posted to Thika District Hospital, now Thika Level 5 Hospital, as a medical officer intern.

Having grown up in Eldoret all my life with four years of high school in Bungoma, this was a whole new chapter in my life.

It was my first time to Nairobi and indeed Thika. Of course I had visited Nairobi twice or thrice with my father and with university teams for sports in Chiromo. So to be posted to Thika was very welcome to me.

Towards the end of January 2009 on a Sunday morning, my uncle Omogaka Machera and my sister Omosuati Kerama took me to Thika. For the first time, I saw the famous Thika Road and the speeding miraa pickups.

On arrival, an elderly man who worked in registry — he had been at Thika District Hospital for 25 years — gave us keys to the government housing units that were to be allocated to us (interns). He was expecting us. I was impressed.

I was allocated a decent three-bedroomed house. I then went to Tuskys in Chania to buy a mattress and refill my meko. I was set for my internship.

The outgoing interns (Dr Charles Kwobah and his wife Edith Wanjiku, Dr Maina Mageto, Dr David Karuri, Dr Maggie Kironji, Dr Antony Murage and Dr Waldat) were still in “our houses” so we had to share accommodation for the first few days.

My housemates, Dr Andrew Onyino and Dr Daniel Ondieki, arrived in style. Dr Onyino arrived with a TV and a bed while Dr Ondieki drove in in style with a camping bed and a Sh10,000 Hugo Boss perfume.

My sister looked at my 10-litre-capacity bag, my mattress and meko, and she started crying. I was least bothered.

I was a government doctor and I was going to earn Sh40,000 a month. A new life. But my excitement soon turned into shock.

We started with paediatrics. Dr Valarie Magutu and I were the only interns in the department.

Nothing had ever prepared me for the realities of a Kenyan ward.

Dr Magutu and I had to work 18 to 24 hours, seven days a week, to manage the ward. We tried. We had a strong sense of service, the energy of new doctors and the desire to be the change we believed in.

But quickly, the disappointments started to build up. Dr Magutu once resuscitated a baby from 9pm to morning.

The child got apnoeic (absence of respiration activity) but her heart rate remained regular and pulses were strong. She bagged (manual ventilation/breathing using a balloon) the whole night. There was no room of giving up.

The story was worse for children who were malnourished and suffering from diarrhoea.

In the outpatient clinic, there were many children with cranial palsies.

This is a brain-damage condition that affects newborns when they are deprived of oxygen during birth.

Such mothers should in normal circumstances go through caesarean sections but these were delayed due to poor staffing. Many pregnant women leave government hospitals with a fresh stillbirth or children with irreversible brain damage due to inadequately managed foetal distress.

The realities apparent in the year 2009 were devilish. I expected better. I came to appreciate Moi Teaching and Referral Hospital.

hese disappointments are the main cause of the vicious cycle of doctors and other health professionals quitting public service.

Unless things improve, Kenyans will never get the health services they deserve.

Statistics show that in 2011, 80 per cent of newly qualified doctors resigned before the end of their first year of service. That is what happened to me, as I did not last long in public service.

Malignant cancers presenting with metastasis. It was terrible. Surgical wards were the most tragic of all. Due to delays caused by lack of enough doctors, many cases ended up in amputations.

With one operating room, one or two surgeons against more than 10,000 Kenyans needing surgery, it could take up to six months to operate.

Many are those who died before they could get the life-saving surgery.

The most frustrating thing for doctors is that there is a semblance of acceptance of this pathetic situation among Kenyans. That these are acceptable standards. It is a tragedy.

We all need to be clear on this — the government must be pressured to play its role in the health sector.

Because of corruption and inadequate allocation of resources to health, there are fewer staff and supplies, and the sector’s infrastructure is strained.

When young doctors get to service, they find huge gaps.

With so many deficits, the first instinct is to give comfort to the sick. Many doctors work up to 100 hours a week.

If you are not present, then, the hospital will be in a crisis.

Doctors then prepare a timetable of two doctors to cover an entire unit for a whole year.

The eventual result of the entire mess is one doctor doing work that is meant for 10 doctors. Even with so much dedication to work, only emergency work is done.

Illnesses like breast cancer take up to six months from suspicion to surgery.

This is in contrast to patients who are attended to in private hospitals, where it takes two weeks tops, even with travel to India included.

I once attended to a 46-year-old woman. She had presented seven months prior to the hospital with a breast lump. She was given a Lab/Radiology request.

Her laboratory test, the fine needle aspirate, was booked three months later. By the time I saw her, the breast cancer had spread.

To get a simple ultrasound for ovarian mass, for example, it will take booking of up to six months.

If the government prioritised the little money we have, things would improve.

And so, the poor woman with breast cancer having investigations and surgery delayed because of long bookings of mammograms and of theatre spaces, would get a better chance of survival.

If this cannot happen, the system has obviously failed and something must be done.

Individual doctors should stop filling the gaps left by the government.

The government should provide the environment for doctors to work happily. It should attract, recruit and retain more health workers, give more supplies in a sustainable manner and build more health facilities.

The main issue is healthcare financing. The likely solution is something similar to Obamacare. A health tax of sorts.

This should lead to a better National Hospital Insurance Fund. Why should NHIF pay Sh33 billion to private hospitals attending to one per cent of Kenyans and only Sh5 billion to government hospitals?

Why should NHIF pay for CT scans and not for doctors’ services?

It will take a lot of political goodwill to change things. I once listened to President Uhuru Kenyatta speak about the challenges of healthcare.

He was the then deputy prime minister and Finance minister.

He said, and I quote, “The problem with healthcare in Kenya is that it has been neglected for too long. The only way to solve this is by having a Sh60 billion a year stimulus package every year for two years and a two per cent increase in the annual budget till the 15 percent WHO recommendation is achieved.”

I saw a very lucid individual. I want to hear him discuss healthcare again with similar focus and passion.

This feature was first published in the Daily Nation.