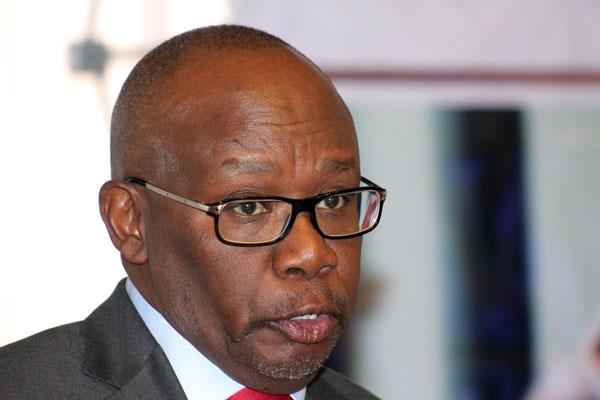 The action of having a parallel government amounts to treason and is punishable by death, Attorney General Githu Muigai has warned.

Muigai said this concerning the planned swearing-in of Opposition leader Raila Odinga which has been set for Jamhuri Day.

“The punishment for committing treason is death. The swearing-in of any person not declared by IEBC, and who did not win the election, is unacceptable,” he told the press on Thursday.

Githu further noted that if an inauguration is not by Chief Justice David Maraga, it is null, void and illegal

“The criminal law of the Republic of Kenya stipulates that this sort of process is high treason. It is high treason of the persons involved and any other person facilitating that process,” he said.

The government earlier warned that NASA leaders will be punished if they carry out the audacious plan.

Muigai told The Star NASA will be violating Article 3(2) of the constitution, obligating everyone to uphold and respect it.

“Any attempt to establish a government otherwise than in the compliance with this constitution is unlawful,” says Subsection 2.

“The law as clear as day and night,” Muigai said, adding that anyone violating it will be committing an offence.

NASA, however, cites Article 1 which gives all sovereign power to the Kenyan people, as justification for their move that is part of a larger resistance place.

Their goal is to remove President Uhuru Kenyatta from office but concerned parties such as the United States want Raila to take the dialogue route.

Earlier today, the Opposition leader hit at the US, saying it was meddling with Kenya’s affairs.

The Attorney General further noted that NASA People’s Assembly is illegal and told counties using public funds on the motion that they will account for every penny.

“The county governments have no power to create institutions of that nature. This institutions are unconstitutional, illegal, null and void.”

Hassan Joho’s Mombasa county on Wednesday became the 10th to pass the motion.

Muigai said any person involved in the creation of the Assembly will face the full force of the law.

“The person involved in its creation may be visited by the full force of the law. Creation of this institution by the use of funds sent to the counties is a violation of the law,” he said.

On Tuesday, NASA wrote to 10 counties that have approved the People’s Assembly motion requesting a venue for Raila’s inauguration.

The ODM leader has carried on with his push for electoral and other reforms and is now the leader of a national resistance movement.

He announced he will be sworn-in on December 12 and has sent invitation cards, saying the venue will be communicated after attendees are vetted.