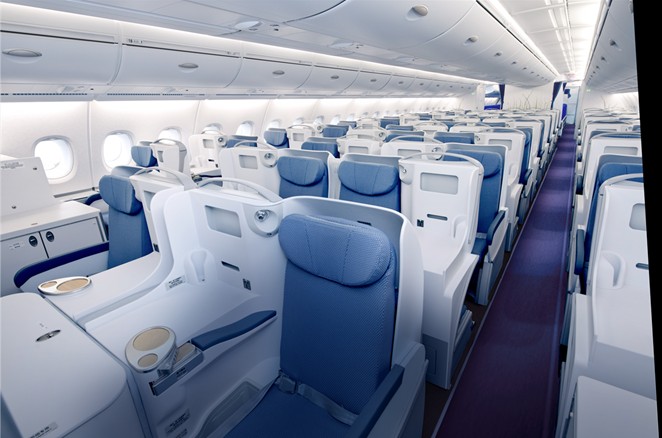 Kenyan authorities on Wednesday, February 5, reportedly quarantined passengers aboard a China Southern Airlines plane for close to nine hours over a coronavirus scare.

In a report published by K24 Digital on Thursday, February 6, the plane remained at the Jomo Kenyatta International Airport JKIA with the passengers aboard after landing from China.

A source who spoke to the media outlet stated that the plane that landed at 7:45 a.m. was held for close to nine hours before the passengers were allowed to disembark with health officials taking charge of the passengers’ screening.

“The flight was supposed to depart at 1 p.m. but by 4 p.m. it was still being quarantined,” remarked the source.

The source further revealed that it was not clear how many passengers had been isolated for further screening.

Further, the report stated that close to 10 people had been isolated for further checkups over the virus.

A statement by the Kenya Civil Aviation Authority (KCAA) indicated that the China Southern Airlines flight may not have been properly cleared to land.

According to KCAA director-general Gilbert Kibe the authority had issued a Notice to Airmen (NOTAM) guiding airlines from China instructing them to inform Air Traffic Control on cases of coronavirus symptoms for timely attention.

On their part, the Chinese Embassy in Kenya indicated that all passengers were screened and cleared by the airport health officials.

“A senior official of the Ministry of Health has confirmed to the embassy that all passengers by China Southern Airlines arriving at JKIA today were screened and cleared,” wrote the embassy in a tweet.

The embassy also indicated that they were on high alert and were in the front line to ensure cases of the virus are handled in the best way possible.

“Any suspected cases will be sent to the nearest health facilities through ambulance.

“According to Kenyan authorities, a team formed by the airport, hospital, MoH, Disease Prevent and Control will implement screen and surveillance procedure for the concerned flights. Any suspected cases will be sent to the nearest health facilities through an ambulance,” further read the tweets.

On Wednesday, February 5, President Uhuru Kenyatta who was speaking in the United States confirmed that Kenya will evacuate its students trapped in Wuhan due to the coronavirus epidemic.

President Kenyatta also indicated that Kenya would employ stringent measures to ensure the virus does not enter Kenya even though airlines from other countries.

“We are also working; because we have got a good number of our students there, to see how we can support them and find out how we can also, when they do come and insist they are coming, ensure that they are put in quarantine for the required 14 days and ensure that they are not going to spread that virus around,” remarked the president as quoted by the Nation.

On Wednesday, February 5, the government through the Ministry of Health released a conclusive report over fears that a case of the deadly coronavirus had been diagnosed in Kenya.

The statement also stated that all reported cases of the disease in the country at the time were found to be negative.

The government also stated that it was on high alert and measures had been implemented to deal with the disease first reported in Wuhan City of China’s Hubei province.