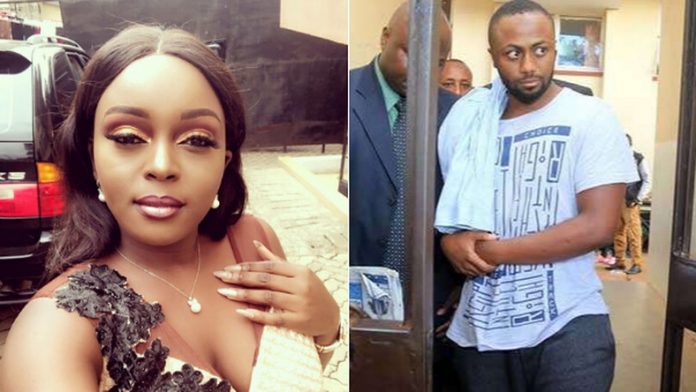 Slain businesswoman Monica Kimani lived with a man in her Lamuria apartment where she was discovered dead shortly after jetting into the country from South Sudan.

The details emerged when four witnesses including a gardener, caretaker, a delivery official, and co-accused Jacque Maribe’s friend testified before justice James Wakiaga

The four, who testified for the prosecution in the case against journalist Jacque Maribe and Joseph Irungu also known as Jowie, brought to the fore that the 24-year-old businesswoman lived with a man only identified as Yaseen.

The court was told that despite being seemingly close to the businesswoman, the said Yaseen was not present during Monica’s burial.

The other witnesses included the gardener, Regan Buluku, who narrated how he made his way into Monica’s apartment through the balcony and became the first to see her body. Buluku says the body was in the bathtub with the tap running and remembers seeing candles around the bathtub.

Delivery executive Dennis Wanjala revealed that he was sent to collect an item from Monica when she landed at Jomo Kenyatta International Airport (JKIA) on that fateful Wednesday.

The fourth witness; Chelang’at Ruto — Maribe’s friend,  confirmed being with the journalist alongside Nairobi Governor Mike Sonko, on the night of the murder, saying they only parted ways at 4 am when Jowie picked Maribe up from an entertainment joint they visited.

Seven more witnesses are set to appear before the prosecution closes its case.