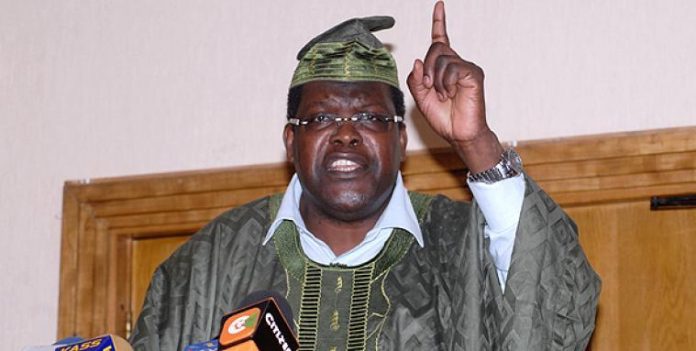 This is after the vocal aspirant allegedly received an abusive text from the TV breakfast show producer known as Sam.

Miguna claimed Sam insulted him via the WhatsApp messaging app.

He was however not in a position to reveal the content of the said message,though he said the producer reminded him that he was barred from appearing on any show at the said station.

The @citizentvkenya Breakfast Show Producer Sam has just sent me very abusive and unprofessional messages on @WhatsApp, stating that he will not allow me to appear on Citizen TV. I reminded him of the provisions of the Media Council Act, 2013 and the fact that I will not beg anyone to appear on TV. The revolutionary struggle will continue to its logical conclusion, whether the cartels and their surrogates like it or not. Cheers, he said

It is not clear what the law barrister could have done.This is not the first time Miguna is involved a controversy with a media outlet.In November 2016, at The JKL Show on KTN,Miguna called Esther Passaris a socialite bimbo,an insulting term for a beautiful but a foolish woman.This part was however not live as it was recorded off the camera.

Miguna as since sued KTN seeking explanation why he was video-taped off the camera without his consent.The show was scrapped off the air thereafter and the host moved to Citizen TV.

He now claims there is a deliberate attempt to give his opponents undue advantage over him by barring him from appearing in their shows.