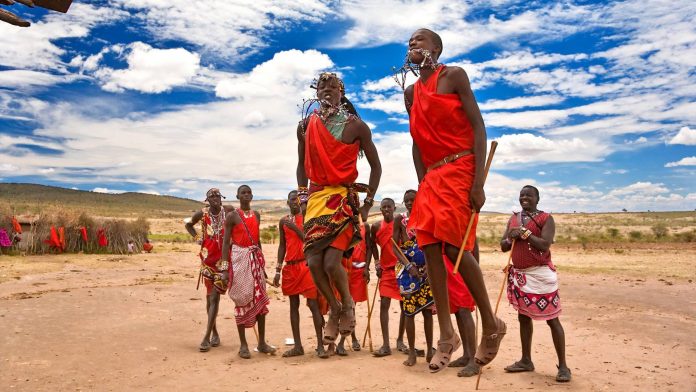 Kenya is set to hold its most expensive election ever. It’s expected to top $1 billon in aggregate spend and could be Africa’s most expensive on a cost-per-voter basis. The public and private spending are both at an all-time high, with both the government and candidates spending hundreds of millions of dollars to secure the electoral process or campaigning to get elected.

In a new pre-election economic and fiscal report released before the Aug. 8 polls, Kenya’s national treasury said the preparation and execution of the election will cost 49.9 billion shillings ($480 million). The largest allotment in the budget goes to the electoral commission, which is using almost 43 billion shillings ($413.2 million) to hire personnel, procure election materials, conduct voter education exercises, besides collecting and transmitting results.

An additional 4 billion shillings will also be spent on enhancing security in hotspot counties and border areas, ease the process of acquiring national identity cards, and ensure peaceful coexistence during and after elections. The judiciary, national intelligence, and the presidency are also some of the other offices allocated millions of dollars in direct and indirect funding.

The elections come at a time when the economy is vulnerable to shocks emanating from a biting drought, rising inflation rates, and a slowdown in private sector credit. The demand for a salary increase from public servants like nurses and teachers, besides the cumulative cost of Kenya’s security intervention in Somalia, also weigh heavy on government expenditures. The Treasury also noted that concerns about violence in the lead up to election could dampen short-term growth, and weaken both local and foreign investor confidence.

As a regional economic powerhouse with a relatively open democracy, Kenya’s elections attract attention well beyond its borders. This year the election will be another two-horse race between the incumbent president Uhuru Kenyatta and opposition leader Raila Odinga. It will also be a decade since the aftermath of the 2007 elections that led to the killing of more than 1,000 people.

Yet despite adopting a progressive constitution and making strides in democracy, the price tag for running an election has been increasing in Kenya—thanks in part to higher registration costs, administrative inefficiencies, and theft of funds. For instance, in 2013, the new biometric voter registration that was acquired at a cost of $95 million failed in the last minute, threatening to spoil the country’s smooth election process.

Kenyan elections also cost taxpayers a lot of money compared with other African countries. Its 19.6 million voters will each cost the government $25.40. On Aug. 4, Rwanda will spend 5.5 billion Rwandan francs ($6.5 million) to conduct its third multiparty election which has 6.8 million registered voters, less than a dollar per voter. The 2016 elections in Ghana, where 15.7 million were registered, cost the government $12 per voter, while Tanzania, a country with a bigger population and more voters than Kenya, spent $300 million less than Kenya on its 2015 elections.

Helicopters are so prevalent on the campaign trail that the Kenya Civil Aviation Authority recently kickstarted a campaign urging voters not to hang from them when they take off. Party officials have also estimatedthat a presidential campaign costs $50 million to not only operate but also succeed. To become a governor, local media reports have shown that you need at least $6 million.

Various attempts to regulate campaign financing in Kenya have failed in the past. In January, the high court suspended election laws requiring candidates to open transparent bank accounts and disclose finances.