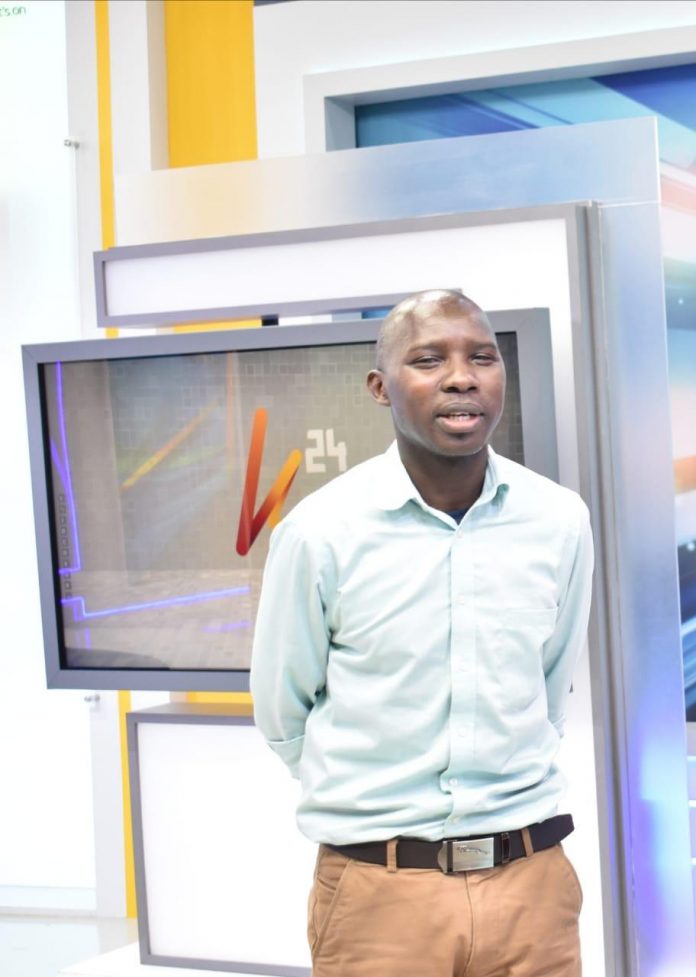 Daniel Chemjor, a journalist from K24 who had been reported missing, has been confirmed dead.

His vehicle that had plunged into the deep Cheploch gorge in Baringo County was retrieved on Thursday morning.

A military crane was used in the operation that took a multi-agency team almost four hours to complete.

Chemjor’s car is said to have veered off the road as it was approaching Kerio River bridge on Wednesday night.

Reports indicate that the car rolled several times before plunging into the killer gorge.

Police who arrived at the scene immediately after were forced to wait till morning as darkness hampered their efforts to locate the car.

Colleagues from across the media industry took to social media, expressing feelings of shock and grief on learning of his demise.

They described Chemjor; who worked at K24 as Head of News Directors, as a humble man.

Ali ‘Mwamvita’ Manzu@Ali_Manzu
RIP Daniel Chemjor Thank you for your wise decisions in matters live events. May God comfort your family during this difficult times.

See Ali ‘Mwamvita’ Manzu’s other Tweets
Saddened by the news of passing on of K24’s Daniel Chemjor, one of the best news director I have worked with. May he RIP, condolences to his family
See fridah simiyu’s other Tweets just learned with sorrow that Daniel Chemjor my former News Director at KTN and who was the current Head of News Directors at K24 has lost his life in a road accident. May God console your family.
See John Juma’s other Tweets