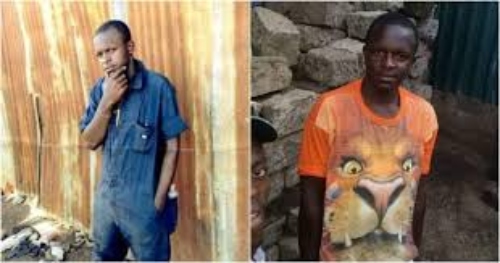 A landlord identified as Charles Gitau is alleged to have killed a tenant in Kawangware, Nairobi.

The 26-year-old tenant, Warren Jirongo is said to have been stabbed to death by Gitau, who was allegedly claiming rent arrears amounting to Ksh 2,500.

On Thursday morning, February 13, I spoke to the landlord’s brother, John Waweru, who gave a different version of the story.

“Warren lived in my sister’s house and my brother found him stealing the old version token kits in one of the houses. When my brother saw this, he raised an alarm.

“When asked why he was stealing the token kits, an argument ensued (On Sunday). On Monday, my brother asked him to return the stolen kits and that’s when the fight between the two parties started,” Waweru narrated.

Additionally, he stated that some of the tenants joined in the fight and beat up Jirongo, before locking him up in his house.

“By mistake, they hit his head and locked him in his house. On Tuesday, the tenants got worried and went to his house, only to find him dead.

“The tenants started claiming that my brother was responsible for his death,” he added.

Irate residents touched down the houses owned by Gitau after the victim’s body was found on Tuesday morning.

“These houses were left to us by our parents when they died. We do not have anywhere to live now,” Waweru stated.

He further stated that his brother fled after the incident and could not be traced.

Neighbors described Jirongo, who was a garbage collector in the slums, as a hardworking man who tried his best to make ends meet.