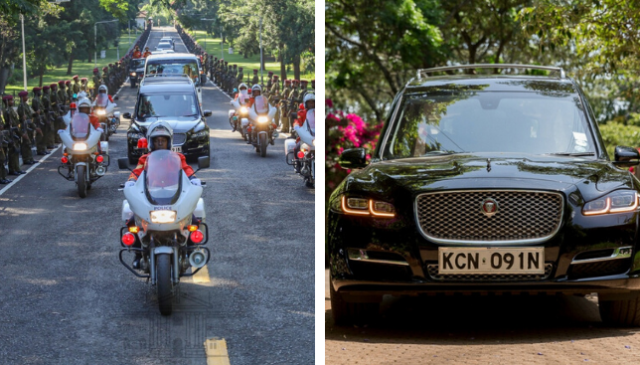 For a decade, Paul Mulinge has interacted with some high-profile persons in Kenya, but only when they are cold and on their journey to their final resting place.

Mulinge, works for Lee Funeral Home and is the driver designated for the hearse that is very popular with the who-is-who and dignitaries’ burials.

Behind the wheels, he treats the moment with the utmost respect when all eyes are on him, with television cameras beaming live, police escorting him and hundreds of top-of-the-range vehicles racing behind as he chauffeurs departed bigwigs. 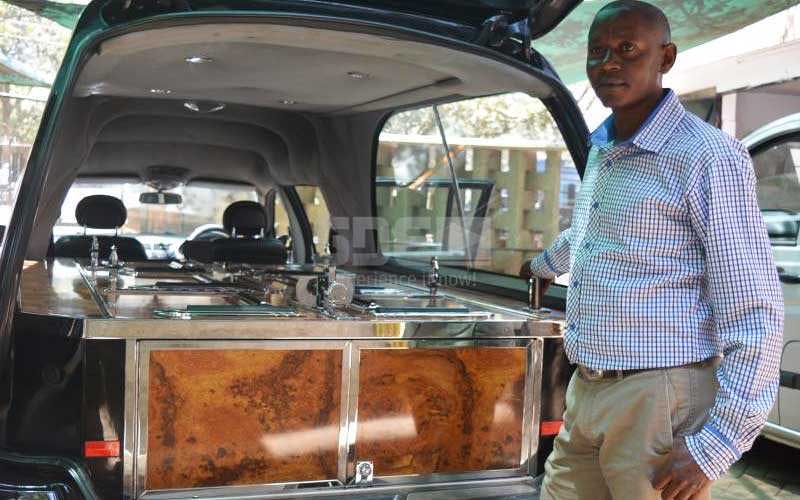 “It is a moment that needs diligence and understanding. You have mourning relatives in the car, a convoy of police vehicles, outriders with blaring sirens, the media, saluting police officers and mourners struggling to have a glimpse of the proceedings. I must be the most responsible driver in that procession,” he said in a past interview.

Many hire the limousine hearse and insist that Mulinge transport their loved ones. Sometimes the deceased’s kindred come back to thank him.

“They are overwhelmed, weeping and sometimes it touches me. We comfort them, especially when we have a family friend, which makes it easier,” he says.

Has never been involved in an accident neither has had a mechanical breakdown while on duty. Mulinge takes care of ‘his ride’ like his pet, cleaning its engine and ensuring it does not lose its sparkle.

When it comes to state burials, the speed is determined by escort riders in order to get to the venue before the president or his deputy. His fastest ride was to Narok during Ntimama’s burial.

When the burial is over, he drives back inconspicuously, enduring traffic jams though some motorists recognize the hearse from newspaper photographs and TV news. But every time he wakes up, he says a prayer for his next client.