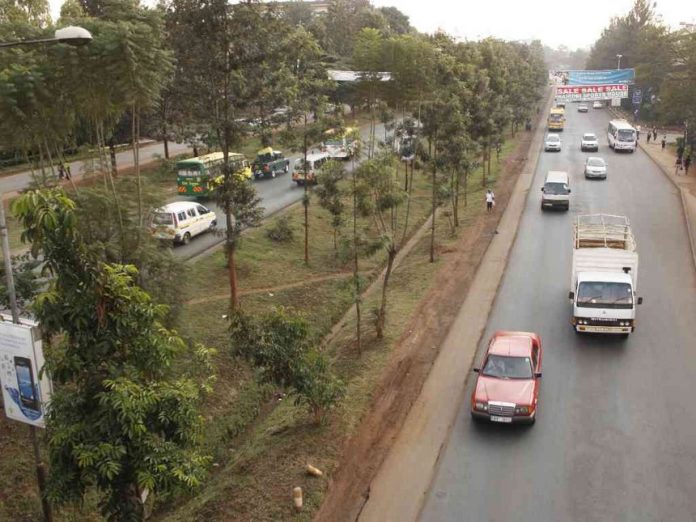 Conversion of the James Gichuru Road-Rironi section of the Nairobi-Nakuru road into a six lane highway will cost Sh8.3 billion more than was announced in July, according to an audit report submitted to the National Environment Management Authority (Nema).

The report says that expansion of the road will cost Sh24.7 billion or Sh8.3 billion higher than the Sh16.4 billion earlier reported, raising questions as to what may have caused the steep price inflation within weeks.

“It is expected that the project will be constructed over a period of three years and one year dedicated to procurement. The total estimated cost of the project is Sh24.78 billion,” the audit report says.

Kenya National Highways Authority (KeNHA) had in July announced that it had signed a contract with China Wu Yi to expand the road at a contract sum of Sh16.4 billion.

KeNHA had not responded to our queries on the huge cost differences by the time we went to press.

Expansion of the 25.1 kilometre stretch is aimed at easing traffic congestion on the busy highway, especially during rush hours when a large number of cars are getting out or entering Nairobi and is also part of a larger project to expand the Northern Corridor from the Jomo Kenyatta International Airport (JKIA) junction to Rironi.

The project will also involve rehabilitation of service roads and 16km of collector roads. It will further see the construction of nine elevated interchanges and non-motorised facilities like walkways, 21 pedestrian overpasses, cycle tracks and bus stops.

The upgrade also comes with a bus rapid transit (BRT) corridor that covers the James Gichuru Road – Gitaru section to be developed five years after opening of the road.

The World Bank and the Kenya government, through the National Urban Transport Improvement Project, are the main financiers of the upgrade.

The Sh24.7 billion does not include the cost of acquiring about 530 parcels of private land for the project. There are 42 structures on the earmarked land that will be affected, the report says without going into the details.

“The project will make use of the available road reserve as much as possible. However, acquisition of privately owned land will be required on some sections to pave way for expansion. 530 land parcels will be affected, totalling to 75.22 acres,” the report says.

Land acquisition is expected to add a significant cost to the declared budget given the high prices of land fronting major roads in Nairobi and its environs.

The planned upgrade involves expansion of the existing four lane highway into six lanes between James Gichuru Road junction and Gitaru while the stretch between Gitaru and Rironi will be expanded to eight lanes.