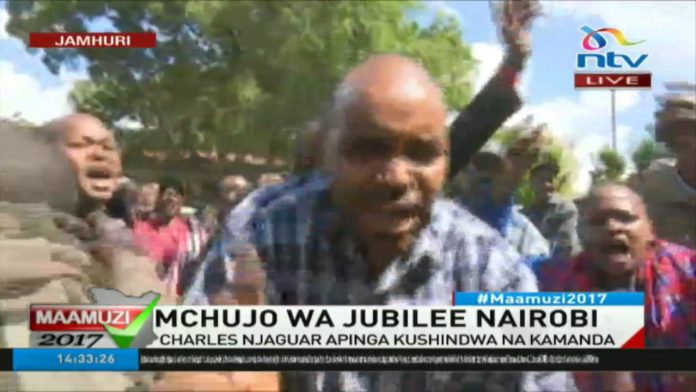 There was  commotion in Jamhuri primary tallying centre after the returning officer declared Starehe MP Maina Kamanda winner of the Jubilee party ticket.

Musician Charles Njagua Kanyi aka Jaguar who had taken an early lead in the morning came was the first runner-up in the city polls.He garnered 8000 against Kamanda’s 10,000.

Immediately the returning officer declared incumbent Maina Kamanda the winner,Jaguar and his supporters most of whom were fellow musicians,stormed out of the tallying center.

The police had to use teargas to disperse the crowd after it was apparent they would not leave the compound.

The party has moved in swiftly to order polls to be re-tallied.

Jaguar had on Wednesday decried handling of the Nairobi Jubilee nominations process.