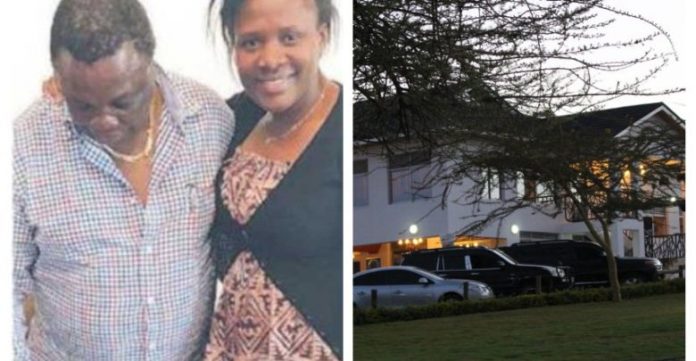 Central Organization of Trade Unions Kenya boss, Francis Atwoli is a man known for his flashy bling as well as his highly animated public addresses.

He recently shocked Kenyans when he tossed away a phone worth Ksh 170,000 during a JK Live interview on Citizen TV on Wednesday, October 24.

An article by The Standard in 2018, the labor leader owns multi-million houses in Nairobi, Nakuru, and Ildamat in Kajiado county, adding to his posh rural home in Kakamega.

Photos of Atwoli’s IIbisil home in Kajiado were first publicized in August 2016 when the Cotu boss hosted all delegates attending the 10th EATUC Summit at his home.

Set on the scenic planes that could pass for a canvass painting, the Kajiado mansion is Atwoli’s latest chill spot.

Speaking during a past interview, Gatundu South MP Moses Kuria once described the COTU boss’s home as therapeutic, with its manicured lawns, perfectly trimmed hedges and as well as its pristine location.

However, Atwoli maintains that he is among the few leaders who have toiled for decades to attain his vast wealth.

The worker’s boss famed for driving a Mercedes Benz-s300 model, once claimed that he pays for his cars by installments and only brings them home after the last payment, for fear that his well-connected haters could order banks to repossess them.

Here are a few more photos of Atwoli’s Kajiado home: