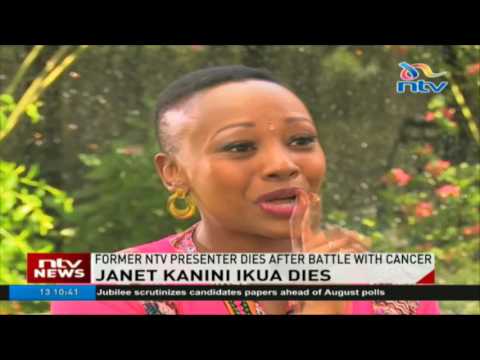 Her family confirmed that Mrs. Kanini died on Saturday morning.

She has been fighting stage 4 lung cancer. In 2015, Janet Kanini left the country for treatment in India.

In February last year, Janet announced on her Facebook page that she was cancer free as MRI scans conducted on her showed no signs of lesions in her liver, abdomen, bones, lymph nodes and lungs.

The mother of three is a TV personality, brand ambassador and a businesswoman.

Keep you focus on God,because he is the one who is going to decide whether that chemotherapy or radiotherapy or even those fruits and mbogas that you are eating everyday will work, she said on Churchill Show last year.