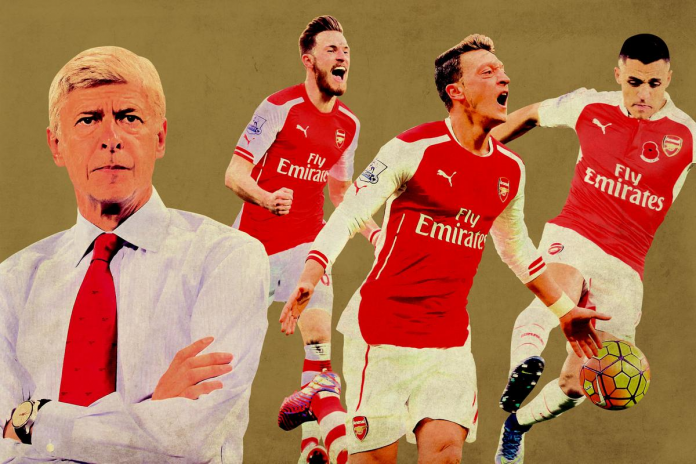 WHEN Liverpool’s Sadio Mane smashed in a fourth goal on the opening day of the season, Arsenal fans would be forgiven for writing off their title chances there and then.

But after victories over Watford and Southampton and an influx of personnel late in the transfer window, the Gunners are looking up.

Can they end 13 years of hurt and lift the title again? SunSport has come up with nine reasons which suggests they just might.

1. The chequebook has finally come out

SPEND, spend, spend was the cry from the Emirates crowd – and spend they did.

This season there is no spending excuse for the Gunners – they’ve gone for it.

THE CHILEAN is at the heart of everything good about the Gunners attack.

When he’s on song, Arsenal are on song.

There is speculation that he wants bigger wages in a new deal.

That needs to go on the back burner for the moment – play him, and Arsenal always have a chance.

NO title-winning squad is complete without a top stopper.

And Arsene Wenger has gone on record in saying that both Petr Cech and David Ospina are ‘world class’.

Cech has certainly done it all before – and he knows how to succeed in a title-push.

Of course you do – but it’s hard to believe that it will be 13 years ago come May.

Unlucky for some, but will it be 13th time lucky for Wenger’s men? Time will tell.

5. Xhaka can be next Patrick Vieira

ONE of the things missing from recent Arsenal teams is that steel in midfield, the man who makes it tick.

Granit Xhaka can become that figure if given the chance by Wenger.

The Swiss midfielder is good in the tackle, clever on the ball, and at 23 has his best years ahead of him.

THE GERMAN looks set to extend his stay at the Emirates – and fans have to be delighted with that.

A force of creativity, his effortless talent and ability to pick out that killer pass makes him crucial to this Arsenal side.

Deserves a fair shot at the title.

LAST season’s 5000/1 shock proved that anyone can win this league.

Arsenal haven’t had a bad start, they look stronger at the back this season and have invested in goals.

Leicester built their challenge on team work and spirit – why can’t Arsenal do the same?

8. Strength at the back and front

WITH injuries wreaking havoc in the early stages of the season, Wenger dipped into the transfer market for Mustafi, Rob Holding and Perez.

It gives them more option in both defence and attack, strength in depth that they’ve so badly lacked.

Perez is potentially a diamond for £17m – he could go either way but Wenger will be hoping he can be the 20-goal man every title challenger needs.