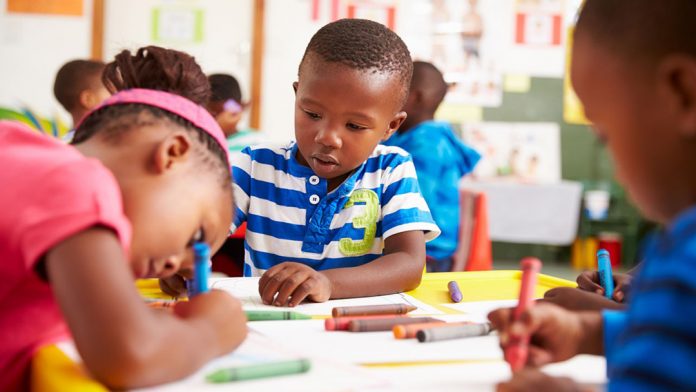 Former United States President Harry Truman’s father struggled his whole life to seek out a living as a farmer. Unfortunately, a drought hit and he had to foreclose on the farm. Many years later, a reporter asked Harry why his father was a failure. Harry replied, “How can my father have been a failure when his son is President of the United States?” We can fail in a lot of areas: work, investing, sports, you name it. But, we can’t fail our children and their future.

How do we avoid messing up? By spending as much time as possible with our kids and making them a priority. We do it by loving them, using encouraging words, and hugging them whether they feel comfortable with it or not. Harry loved his father because he was a good dad. Here are the 10 things to teach your kids about overcoming failure.

1. Not Everybody Gets a Trophy

“Losing is every bit as important in human growth as winning. ”

Somewhere along the line, we became a society that preaches instant gratification. Like a giant carnival, our slogan became “everybody wins all the time.” We know it’s not true. It’s also a terrible example to set. Losing is every bit as important in human growth as winning. Rewarding your child for doing nothing will teach him just that. Nothing.

2. Everyone has Different Talents

Maybe your daughter wants to be the next Carrie Underwood. Then you hear her sing. Your son wants to be Derek Jeter, but he can’t hit a ball off a tee. There are just some things we aren’t cut out for. It’s best to learn that at an early age. The good news is that your children are all a champion at something. Guide them toward their gifts.

What is one of the most flattering descriptions a person can hear? “He sure has a lot of class.” “She sure was a great sport about it.” Are you teaching your children how to fail with dignity? How a person accepts failure is an easy indicator of the character within. It also almost guarantees future success. Respect is gained outwardly and inwardly. Coach Tony Dungy is a prime example of class.

“I think and think for months. For years. Ninety-nine times the conclusion is false. The hundredth time I am right.” Who said that? Albert Einstein. Mistakes humble you. They can hurt. Yet without them, we are stagnant. Every mistake we make is an educational experience. Every success is built upon a foundation of errors and corrections.

When we fail, we gain experience. It’s important to share that knowledge. Use it to mentor others experiencing similar difficulties. Instill in your children the responsibility to share their mistakes in hopes to save another from making the same.

6. Leave it All on the Field

Boxing legend Joe Frazier once said, “If I lose, I’ll walk away and never feel bad because I did all I could. There was nothing more to do.” The most common phrase in sports has to be “leave it all on the field!” Explain to your kids to never cheat themselves on effort and they will always gain from it. No matter the outcome.

Determination wins many victories. We should not allow our children to give up on themselves. Maybe your son has brought home two straight failing test grades in math. He thinks there is no way he will ever get it. Help him pick himself back up and try again. Perseverance eventually will lead to positive results and a lifelong lesson never to be forgotten.

It might sound obvious, but knowing how to win is the easiest way not to lose. For instance, your son is selling popcorn for the Boy Scouts. He knocks on two hundred random doors and sells twenty packages in four hours. A lot of effort for little gain. The next day he sets up a stand in front of a busy grocery store. Uniform on. Charm intact. He sells two hundred packages in a single hour. Which was the most successful tactic? Game planning is an essential part of a successful life.

Looking into the future, what do you wish for your son? I’m guessing happiness tops that list. He’s a respected and honest man. Has a loving wife and a family of his own. I highly doubt you would look into the future and hope he has an awesome car, seven hot girlfriends, and he’s shallow and in it for the money. Yet, that is exactly what is marketed at him. Eternal failure. Society teaches shallowness to be equal to success. As a parent, it is up to you to define success.

There are times in life we are going to do really stupid things. The ability to laugh about it sure makes those moments a lot easier to deal with. When you make mistakes in front of your kids, set that example. Don’t curse and scream at the sky. Just shake your head and laugh. It happens.