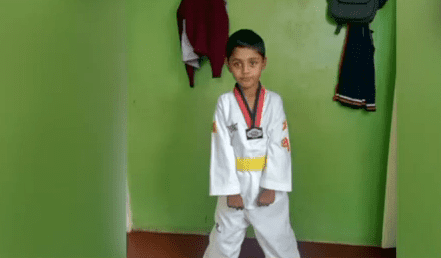 The seven-year-old boy who was kidnapped from his parents home in Kisumu’s Kenya Re estate has been found alive.

A woman who was found with the boy has been arrested and is detained at Magunga Police Station in Homa Bay.

The parents have positively identified the boy.

Malik was kidnapped on Sunday, October 20 after he engaged a middle-aged man in a conversation.

According to boy’s peers, the man was in a small red car reported to have been frequenting the estate over the past week.

As it would later emerge, the kidnappers might have marked their target earlier while frequenting the estate.

In the pretext of friendly strangers, the said suspects in the red car later kidnapped the seven-year-old.