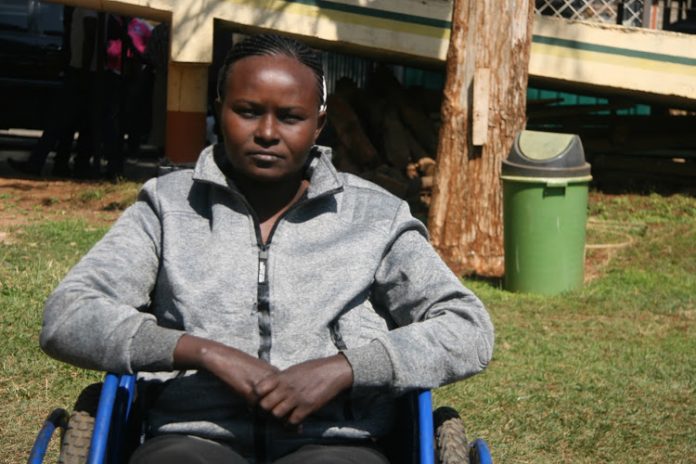 When Lucy Kinya, 30, checked in at St John of God Hospital in Tigania to deliver, she never thought she would leave on a wheelchair owing to a botched operation.

The High Court has ordered the hospital to pay her Sh25.6 million for negligence. Kinya is confined to a wheelchair for life due to permanent disability.

The court concurred with the plaintiff that there was negligence on the part of medical staff resulting in paralysis.

The special damages will attract interest from September 18, and, thereafter, the total sum will accumulate interest from the date of judgement until Kinya is paid in full.

In a civil suit, the mother sued the hospital and Meru Catholic trustee as first and second defendants, respectively, through lawyer Muia Mwanzia.

Kinya went into labour and was taken to the maternity wing where she delivered a baby girl weighing 2.4kgs through caesarean section.

However, things went wrong while she was delivering her second baby, a boy of 3.1kgs who was in breech position. (He was in an abnormal position in the uterus). Kinya had to undergo an emergency operation.

In a plaint dated September 18, 2017, she alleged that she suffered an injury occasioned by the negligence of the defendants. She told the court she was given four injections on her spine which made her unconscious.

Kinya said she could not move her legs, which had turned black. When she informed the doctors, she was told it was not serious. She was told she will begin her physiotherapy later and was subsequently discharged.

Kinya was transferred to Meru Teaching and Referral Hospital then Kenyatta National Hospital.

St John of God Hospital failed to release her medical records. Kinya wrote to the Kenya Medical Practitioners and Dentists board.

Dr Nicholas Koome, a doctor attached to Meru Teaching and Referral Hospital, told the court he examined her and concluded she had paralysis in both legs with total loss of sensation.

The court was further told she lost motor sensation, bladder control which meant she relied on an indwelling urinary catheter.

Koome said Kinya, who was then a waitress, had also lost bowel control and had to rely on diapers round the clock.

In their defence, the defendants said there was no evidence that the injury was as a result of wrong administration of anaesthesia. They said it could have been caused by other direct trauma on spine such as road accident.

They, however, failed to explain what causes affected the plaintiff when put to task by Mwanzia. The defendants, in their submission, denied the allegations.

The court declined to await exemplary damages, noting the award of general damages was sufficient.