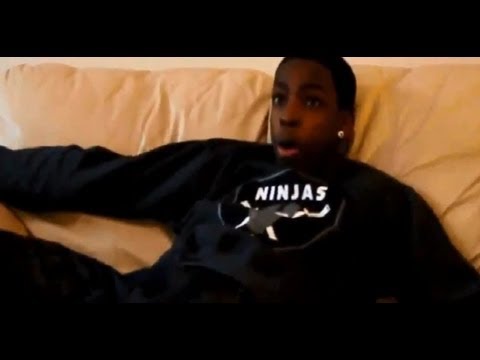 Chills tickle the back of your neck and spine, your heart thuds faster and faster in your chest, you open your eyes wide as you clutch your arms to your center and enter the eerie darkness of the haunted house.

Haunted houses, horror movies, and creepy costumes are hallmarks of Halloween, and for most folks, those fun but terrifying activities come and go with the season. But some people will continue to chase after similar heart-pumping, fear-inducing thrills year-round.

Those types of thrill-seeking people who thrive in scary situations have a specific sensation-seeking personality trait, said Kenneth Carter, a clinical psychologist, and professor at Oxford College of Emory University in Georgia. This trait determines how much we enjoy activities like watching horror movies, climbing the steepest sides of mountains, driving race cars around harrowing, hairpin turns or jumping out of airplanes.

The idea of a sensation-seeking trait was originally developed in the 1970s by Martin Zuckerman, an American psychologist. The trait is defined by four components, according to the National Library of Medicine:

To identify the trait, psychologists administered tests that traditionally had a forced answer choice (e.g., would you prefer X or Y?) but those tests are now typically answered using a 4- or 5-point scale (e.g., strongly disagree to strongly agree). People who score higher on the tests tend to seek and even crave chaotic and frightening experiences, while lower scorers tend to stick with safe, predictable experiences.

Those high-scoring test-takers typically have lower levels of the hormones adrenaline and cortisol and higher levels of the neurotransmitter dopamine in their body than do people who score lower, Carter said. So, when put into scary situations, such as a dark, creepy haunted house, thrill-seekers experience more pleasure and less stress.

A 2018 study published in the journal Anxiety, Stress & Coping found that sensation-seekers also tend to be less stressed and perform better in high-risk sports, which makes them well-suited for high-stress professions, such as serving with the special forces. People in this group also thrive in other high-stress occupations, such as serving as emergency room doctors or nurses, Carter said.

Sensation-seeking is a trait that develops in early childhood, as soon as age 3, according to a 2019 study published in the journal BMC Pediatrics. That study reported that sensation-seeking in children ages 3 to 6 was generally less than in older children, indicating that the trait likely becomes stronger with time until ages 16 to 19. Sensation-seeking typically peaks during the later teenage years, Carter said, and may explain why many scary stories and slasher horror movies are marketed toward people in that age group.

The study also found that boys had stronger sensation-seeking tendencies than girls, which the researchers hypothesized could be a result of cultural influence. It may also reflect differences in courage, they said. However, the boys and girls in the study expressed an equal desire for new and varying experiences.

Sensations-seekers thrive anytime they’re given the opportunity for a new experience, even something as simple as trying new food, Carter said — and the more bizarre, the better.

“One person I interviewed said that he loved to collect tastes and experiences for the museum of his mind, which I thought was a beautiful way to think about it,” Carter said. “Even if you don’t like the way it tastes, just [having] a little bit would be a way to collect the experience.”

Studies have shown that in adult sensation-seekers, men are drawn more toward action and adventure, while women are drawn more toward new experiences, Carter said. The difference is likely due to cultural factors that include education and socialization, he said. The differences in sensation-seeking between men and women have been diminishing, indicating that this gap is probably not caused by biological differences.

“Both women and men have wild stories of sensation-seeking adventures,” Carter said.