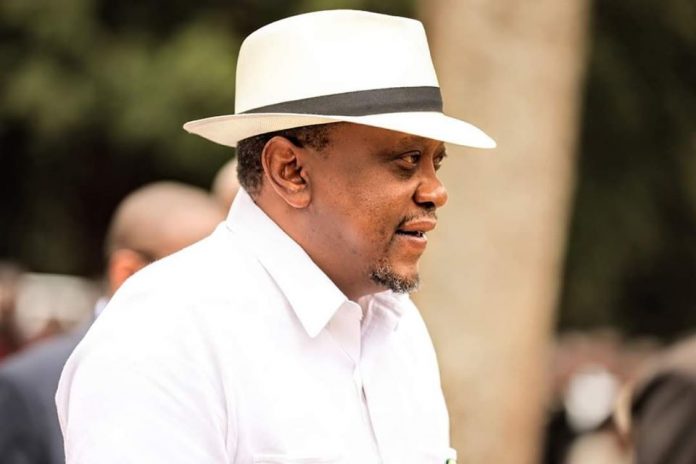 TangaTanga MPs: It is becoming clear that President Uhuru does not want members of parliament allied to the deputy president Willima Ruto in his events.

A report that appeared in the Daily Nation on Monday now says that Mount Kenya TangaTanga MPs have been directed to keep off President Uhuru Kenyatta’s meetings in the region in what could be the flexing of muscles against rebels. Only those from the Kieleweke camp, another amorphous wing in Jubilee that supports the President, will be allowed to attend the functions.

Here is the report:

County Commissioners have been instructed not to allow the rebel MPs accused of maligning the President’s name into the meetings.

Day Tony Gachoka beat wife out of bed, had sex with two other women

“What is irking the President is that the MPs have been moving around saying Uhuru is a lame-duck President by the mere fact that he is serving his second and last term in office, and that they will not need his endorsement in 2022,” an MP who did not want to go on record said.

Kirinyaga Governor Anne Waiguru did not mince her words against the rebel politicians.

“Those opposed to the President’s agenda have chosen a political direction that opposes the President. They spend Monday to Friday hurling insults at the President and his agenda,” Ms Waiguru said.

To allow such leaders to attend his meetings and be accorded profile and status is to operate in dreamland, she added.

“They have made their choice. They should not expect to be given audience in the President’s meetings,” said the governor.

Only Governor Francis Kimemia and Kipipiri MP Amos Kimunya were allowed to attend the groundbreaking ceremony for the construction of a potato cold storage and processing facility.

During the event, the President made it clear to the residents that he will no longer be sending politicians to them and will instead be meeting the people directly to discuss development.