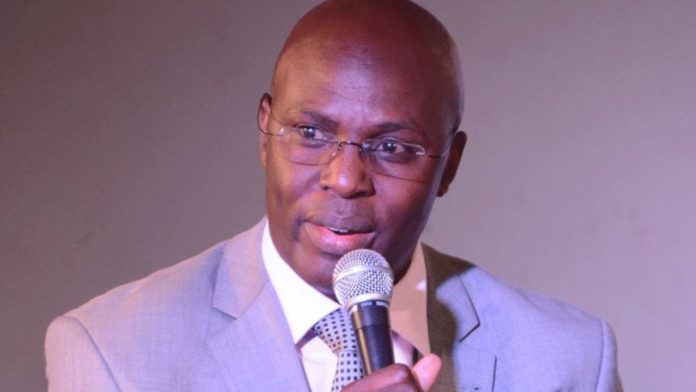 The Senate Health Committee concluded after months of investigations, “The alleged negligence could not be proved.”

Walibora was pronounced dead at the KNH where he had been rushed after he was hit by a bus on Landhies Road on April 10, 2020.

There were allegations that Walibora lay waiting for help for 14 hours at the country’s largest referral facility, for lack of ICU bed, leading to his death.

But the committee, in its report tabled in the Senate, said Walibora received the necessary life-saving medical emergency interventions upon his admission.

“He accessed intensive care services at the critical care unit of the Accidents and Emergency department in KNH,” the report read.

The committee established, however, that Walibora remained unidentified for at least three days after his death owing to a lack of identification documents.

He was admitted at the facility as ‘Unknown African Male’.

“As with accident victims with private insurance, but who lack identification documents, had his identity been known, he may have received a timely transfer to alternative private health facilities,” the report said.

It added, “While the alleged negligence of the late Prof Ken Walibora at KNH could not be proved, many victims of road traffic accidents and violence die from lack of receiving timely life-saving medical interventions and appropriate emergency health care.”

As such, the panel said that mechanisms should be put in place to link civil registration services to emergency health services to facilitate prompt identification of unknown accident victims.

On the day of the accident, the author is said to have driven from Lavington to the Nairobi CBD. Then he walked downtown looking for a truck to ferry some of his materials to his rural Cherangany home.

He was then accosted by unidentified people, pursuing him to his death, investigations showed.

It was at this point that Walibora ran across Landhies Road. He successfully crossed the first lane but at the second one, a speeding 52-seater bus hit him, the witness accounts indicated.

According to submissions to the committee by KNH chief executive officer Dr. Evans Kamuri, by the time Walibora was admitted to the facility, KNH’s ICU capacity was not overstretched, contrary to earlier claims. KNH has 70 ICU beds.

Kamuri told the committee that the patient was brought in as an unidentified African man to the facility’s Accidents and Emergency Department by ambulance on April 10, 2020, at 9.53 am.

He was triaged and categorized as a critical patient. At the time, he was breathing on his own.

As an immediate intervention, he was started on analgesics and intravenous fluids, and medication. A cervical neck collar was also fixed.

“Subsequently, he was referred to resuscitation Room B where he was put on oxygen via a non-rebreather mask. Resuscitation Room B is a six-bed critical care unit in the A&E department that has full ICU functionality,” Kamori told the committee.

On admission to the resuscitation room, he was still breathing spontaneously although he had serious multiple injuries, including severe head injury.

The medic recommended further laboratory investigations, but the patient could not be moved to the radiology department for ICT scan and X-ray investigations.

Had he been moved, he would have started desaturating (losing oxygen) and decompensating (losing functionality).

His condition worsened at around 8 pm before he went into a cardiac arrest at 12.10 am. He was pronounced dead at 1.10 am.

A postmortem performed on April 17 concluded that the patient died of severe head injury secondary to blunt trauma to the head.

The committee recommended the Ministry of Health operationalize the Health Act, 2017 that gives every Kenyan right to access emergency services at any medical facility.

Make my Judgement Quick, so as to Start my Sentence- Mpango wa Kando Murderer