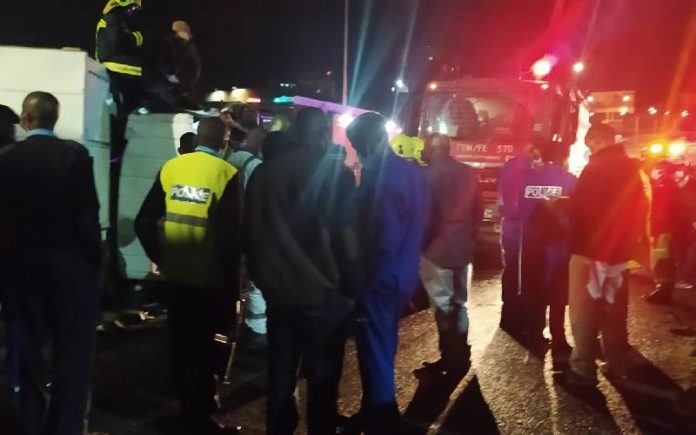 On Monday night, April 19, a privately owned lorry rammed into a police vehicle that had been positioned along the Thika Superhighway as part of the night curfew enforcement measures.

The lorry hit and overturned the police canter, critically injuring some of the officers who were rushed to hospital.

At the time of publishing, it was not clear whether there were any deaths reported.

Following the incident, the roadblock was removed allowing vehicles to pass freely.

Police officers have been manning the roadblock since Saturday, April 17, when commuters were stuck on the road for hours after roadblocks were put up in several parts of the city.

Nairobi Regional Commissioner James Kianda noted that the operation around the city would last longer.

He noted that a section of Kenyans had been flaunting the Covid-19 containment directives put in place by President Uhuru Kenyatta in a bid to curb the spread of the disease.

“Nairobians should expect more going forward. It was not possible to arrest people because of the numbers, but several revelers were arrested and will appear in court,” Kianda stated.

The commissioner’s statement was backed by Kasarani Police Station OCPD Peter Nyaga who reiterated that individuals needed to be home by 8 pm as stipulated by the government.

Hundreds of motorists spent a better part of their Saturday night stranded along Thika Highway after police mounted a roadblock.

They were allowed to proceed to their destinations after a three-hour wait in an operation that also included other roads like Waiyaki Way and Ngong Road. 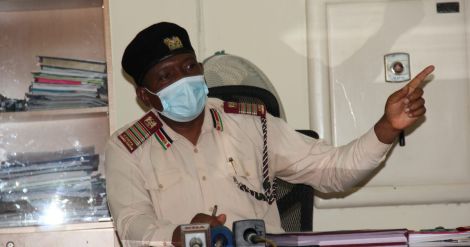 Make my Judgement Quick, so as to Start my Sentence- Mpango wa Kando Murderer