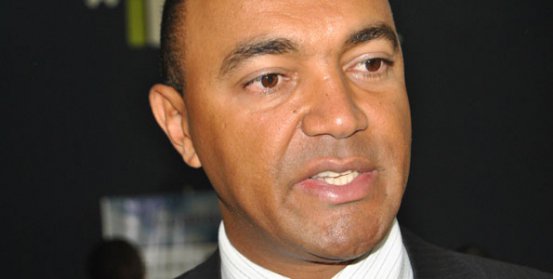 With only two candidates to face off, Murang’a residents believe former Gatanga MP Peter Kenneth stands a better chance to be governor if he runs in the county and not in Nairobi.

Murang’a gives Kenneth the advantage of familiarity, a good track record when he was MP, status as a leader of a national standard and an election field that is not too crowded.

The disadvantage is that the position is viewed as local, unlike Nairobi that has a more national outlook because it is the capital city.

While Nairobi would be a good launch pad for a 2022 presidential bid, Murang’a would not offer him the same status. Kenneth has said he will run on his KNC party ticket, which is a nonstarter in Central.

Kenneth stirred a political debate when he announced last week that he no longer has eyes on the Presidency in 2017, and will instead run for governor.

If he settles for Nairobi, he will face the incumbent Governor Evans Kidero and aspirants Mike Sonko, Margaret Wanjiru, Dennis Waweru, Johnson Sakaja and Eugene Wamalwa.

“It is hard to tell who is more popular between Wairia and Jamleck,” a Murang’a resident said in an interview.

“All the people who fell out with Wairia went to Jamleck. Those who have benefitted from his leadership and loved him cannot stand Jamleck. Kenneth’s entry excites the race and is a total game changer.”

Wairia is popular with the older generation and farmers. He is shrewd and enjoys the benefits of incumbency.

KAMAU LOVED BY THE YOUTH

Kamau is loved by the youth and urbanites but has little to show regarding transformative projects. He, however, is seen to work alone. Only Kandara’s Alice Wahome attended the event where he announced his candidature for governor. Five MPs, all members of the parliamentary committee on Energy, Communication and Information, attended the event.

A section of residents says they want Kenneth to vie for Murang’a governor as they are tired of the constant fights between Wairia and Kamau.

The two leaders have engaged in push-and-pull since Kamau declared in 2014 that he would run for Murang’a governor.

The MP accused the governor of misappropriating public funds while Wairia accused him of facilitating his failed impeachment.

“Peter Kenneth will be a third force that will gain appeal among residents who are tired of the constant fights between Kamau and Wairia,” said John Gitau, a trader in Maragua town.

Gitau said Kenneth is a sober leader who has a national appeal and a good development history as Gatanga MP.

Joseph Gachane, a farmer in Kambiti, said Kenneth’s entry into the governor race would make it a two-horse race between him and Wairia, sweeping Kamau aside.

Gachane said if elections were held today, Wairia would win, although he would face stiff competition if Kenneth joined the race. The farmer also said Kenneth would have to answer questions on why he has been quiet on both local and national issues, only choosing to come out months before the general election.

“He would have to explain to the Murang’a people where he was when every Kenyan was discussing the Northern Collector Tunnel or corruption,” he said. His sentiments contrasted with those made by Ben Gachagua, an opinion leader in Murang’a town. He said Kamau would win if an election were held without Kenneth in the race.

He said despite Wairia initiating important development projects in the county, his staff has let him down and has not embraced transparency in their work.

“Kenneth would have a very high probability of winning, but he would have to work out a way of working together with Kamau to avoid dividing votes in the Murang’a South bloc as Wairia garners the Murang’a North vote alone,” he said.

According to the Independent Electoral and Boundaries Commission, constituencies in Murang’a South, where both Kamau and Kenneth hail from, have 280, 898 registered voters, while Murang’a North has 171, 943 voters.

Political analyst Peter Kagwanja has said an impromptu election would see Wairia winning with a landslide. Kagwanja said Wairia has established projects which are popular among residents but are not endearing to the elite.

“Wairia has managed to traverse the county, developing projects that are very popular with residents and has gained their support,” Kagwanja said.

The political analyst said a survey done through the East African Index research company has indicated that Wairia has a big lead due to the populist projects he has initiated, such as empowering the dairy sector, issuing napier grass seeds and sweet potato vines. He believes Kenneth also stands a chance of winning should he join the race, due to his development record.