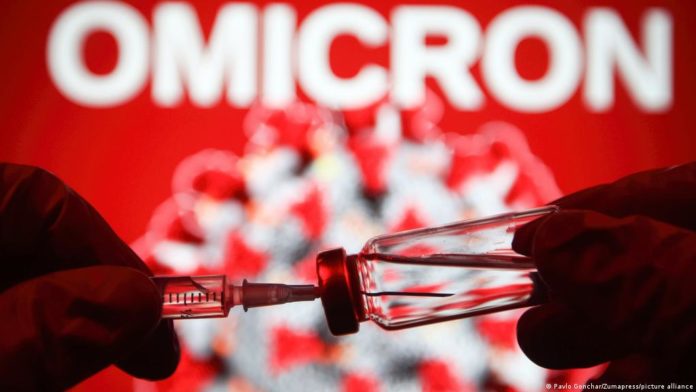 The Omicron variant is currently the most dominant Covid-19 variant in the world. The variant known B.1.1.529 was first identified by scientists in South Africa and reported to the World Health Organization on November 24, 2021 from specimens that were collected on November 11, 2021 in Botswana and on November 14, 2021 in South Africa. The variant is currently the most heavily mutated variant since the start of the coronavirus pandemic in December 2019. Towards the end of December, the World Health Organization reported an 11 per cent increase in the number of cases.

In Kenya, community spread for the virus was reported on December 18. According to the Ministry of Health, between November 23 and December 7, nine lineages were identified to be circulating in Kenya from a sample size of 34. Twenty-seven sequences (77%) were confirmed to belong to the Omicron variant. According to the WHO, Omicron is behind rapid virus spikes in several countries, including those where it has already overtaken the previously-dominant Delta variant. “The rapid growth rate is likely to be a combination of both immune evasion and intrinsic increased transmissibility of the Omicron variant,” the WHO said. The highest numbers of new cases dominated by the variant are being reported from the United States, Britain, France and Italy.

According to Dr. Angelique Coetzee, the South African doctor who first alerted authorities about the variant has pointed out that the common symptoms associated with the variant include muscle aches, fatigue, a scratchy throat and night sweats. In the same vein, data released on 16 December by the Covid Symptoms Study, which is run by the health science company Zoe and King’s College London, showed that cold-like symptoms are the most commonly reported by people with the new variant. These include a runny nose, headache, fatigue which is either mild or severe, sneezing, and a sore throat. Notably too, 89 percent of those with confirmed Omicron infections in Europe reported symptoms common with other coronavirus variants, including cough, sore throat, fever. This means that while you may have this variant, you could still exhibit the same symptoms as a patient with a different coronavirus variant.

With a spike in new cases, many have been left wondering what respite remains in combating the disease. However, research shows that three shots of the Pfizer vaccine have been found to be effective against the wildly spreading new Covid-19 variant known as Omicron. This is according to the manufacturers of Pfizer, Pfizer and BioNTech. The three doses produce the same level of antibodies against Omicron to that which two doses have been producing against other variants such as Delta.

This has been established following a quick study that was conducted by the manufacturer on the effectiveness of the Pfizer vaccine against the new variant. In the study that included samples from people who took two doses of the Pfizer vaccine, an average of more than 25-fold reduction in neutralization ability against the Omicron variant was recorded. However, the two doses that are currently being administered are still capable of protecting people from severe Covid-19. “Although two doses of the vaccine may still offer protection against severe disease caused by the Omicron strain, it’s clear from these preliminary data that protection is improved with a third dose of our vaccine. Ensuring as many people as possible are fully vaccinated with the first two dose series and a booster remains the best course of action to prevent the spread of Covid-19,” said Pfizer’s chief executive officer Albert Bourla on the study’s findings. The findings appear to resonate with the findings of the World Health Organization, which last week announced that the current existing vaccines will still work against the new variant. “We have highly effective vaccines that have proved effective against all the variants so far, in terms of severe disease and hospitalization, and there’s no reason to expect that it wouldn’t be so for Omicron,” WHO’s director of emergencies Dr. Mike Ryan said.

How businesses in tourism sector braced the pandemic to thrive

Currently, Pfizer is ranked as the second vaccine with the widest global reach. It is being administered in at least 145 countries. Pfizer is taken in 2 doses and stored at between -80 degrees Celsius to -60 degrees Celsius. It has 95 per cent efficacy. Leading the pack of Covid-19 vaccines is the Oxford-AstraZeneca which is in use in 177 countries. However, manufacturers of the Oxford-AstraZeneca and Moderna vaccines were yet to release their vaccine efficacy against the Omicron variant as of Thursday last week. According to Kenyan virologist Dr. Moses Masika, one way of ensuring that the existing vaccines remain effective against any emerging variants is by constantly monitoring their efficacy. “We need to keep on collecting information to confirm that the vaccines are still working in the face of new variants,” he says. According to Johns Hopkins Medicine, more than 267 million cases of Covid-19 and more than five million deaths around the world have been reported since January 2020.