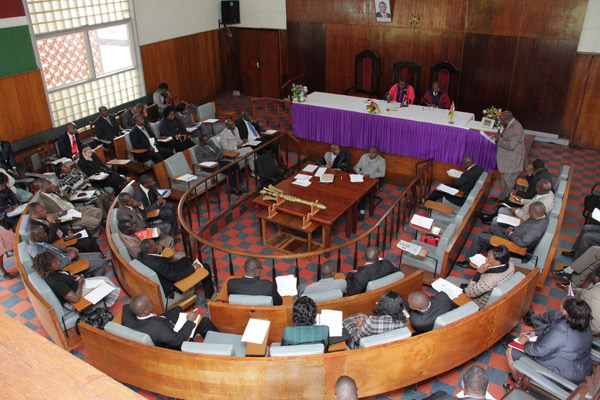 Nyeri Governor Nderitu Gachagua is facing a second impeachment by the county assembly, this time over budget stalemate.

The impeachment motion to be tabled on Tuesday comes amid previous unsuccessful attempts to reconcile the governor and the MCAs. Nyeri Senator Mutahi Kagwe has met both the Executive and the MCAs in an apparently failed attempt to iron out the differences.

“I told them they must operate within the law and reach a compromise for the sake of the county. My only advice to the leaders is to focus on decisions that benefit the electorate,” Kagwe said. At the moment, the county’s 2016/17 Budget remains in limbo and the county is only running on Vote of Account, which allows it to utilise half of its revenue. However, Gachagua maintains that the current stand-off will have been solved by December.

By continuing to reject the budget, the MCAs are shooting themselves in the foot. Although their last month’s salaries were paid, the county assembly is entitled to Sh49 million every month, but only Sh23 million has been disbursed.

Gachagua survived a previous impeachment motion by the assembly, where his Grand Nation Union party (GNU) has nine MCAs against The National Alliance’s (TNA) 36.
Mathari MCA Baragu Mutahi has been handpicked to move the motion and said he was confident it would be passed, as 35 MCAs were already in support. Mutahi said the grounds for impeachment were corruption allegations and the systematic failure of the county to account for Sh351 million allocated in the 2015/16 budget.

“We have the implementation report from the executive on the 2015/16 budget and they have admitted that they cannot account for Sh351 million,” he said. Mutahi said systemic failure was evident, as a majority of the County Executive Committee members are in an acting capacity. “The chairman and secretary of the County Public Service Board have been sent home, while the governor continues to threaten executives for speaking to MCAs,” he said.