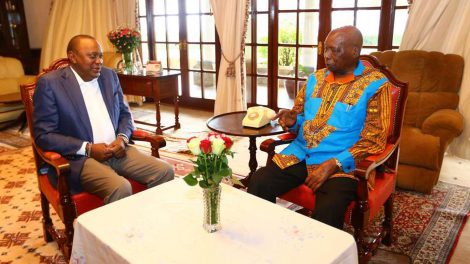 The family of former President Daniel arap Moi has dismissed reports that he is in critical condition.

A press statement sent by his press secretary Lee Njiru confirmed that Moi was indeed admitted to the hospital but said he “is alert and conscious of his surroundings”.

Njiru condemned what he called ‘negative and alarmist’ reports about Moi, saying he was being attended to by a team of medical professionals, led by his personal physician Dr. David Silverstein.

“The true position is that Mzee Moi is in hospital being attended to by a professional medical team led by his personal physician, Dr. David Silverstein. He is alert and conscious of his surroundings.

“However, the family is at the same time displeased with the negative and alarmist reports being peddled by unfeeling individuals and consequently published by sections of the media .,” read the statement.

The statement did not disclose the nature of Moi’s ailment but sources indicated that he was being treated for breathing complications he developed over the weekend.

The former president who turned 95 in September, underwent knee surgery in Israel early last year but has been in and out of hospital since then, for routine check-ups.