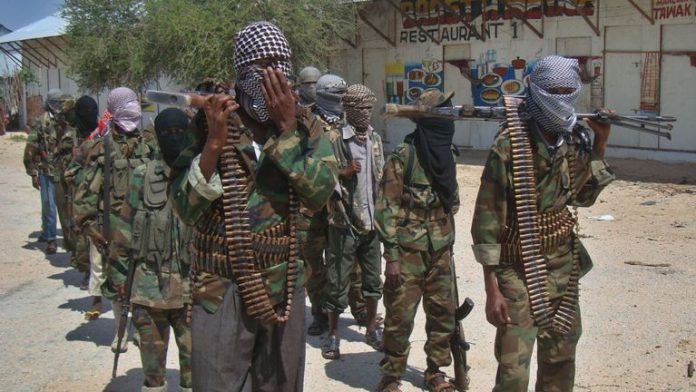 According to reports by the Daily Nation, the attackers killed two of its members, who had been locked up at the station.

Two officers and a reservist were injured following the night raid, as heavy gunfire was reported at the station.

“The attack was about rescuing two Al-Shabaab suspects we were holding at the station,” a police officer who requested for anonymity disclosed to the Nation.

The police precinct was on fire, after being pounded with a heavy barrage of artillery and Rocket Propelled Grenades (RPGs).

Kenya’s security forces including the military, battled through the night to repel the attackers, with the sound heavy gunfire reported to have filled the air for over 20 minutes.

“We suspect the attackers killed the suspect in custody to conceal some information about Al-Shabaab,” the unnamed officer stated.

The latest attacks comes a week after the Kenyan police force published the names of the 10 most wanted terrorists in the country.

According to the report, most of the suspects have been terrorising residents in Mombasa and are believed to be behind police killings in the region.