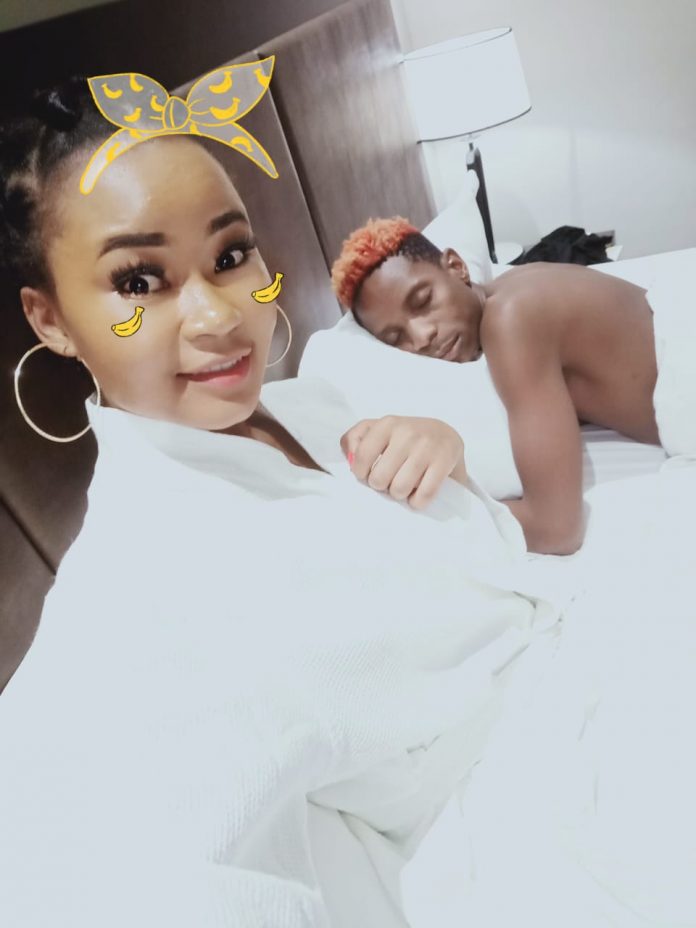 Assumpta Waeni inadvertently became a nationwide sensation after she was spotted in bed with Eric Omondi.

This is because at first, many thought Waeni was Hamisa Mobetto due to their striking resemblance.

Eric Omondi denied claims that it was Hamisa in his bed but declined to name who the lady was.

“I’m surprised that people think the lady is Hamisa. Though I cannot reveal her name, I wish to clarify that the lady is not Hamisa Mobetto,” he told E Daily before adding “As you can see in the video, I was asleep, so I couldn’t precisely know that she was taking a video. But, to be honest, it’s just a simple video that doesn’t prove anything.”

Although he may have declined to name Waeni, internet sleuths quickly unearthed her profile on Instagram.

Miss Waeni is a video vixen and an actress who was recently featured on a recent episode of ‘The Chipukeezy Show’. She was among the ladies picked by the host of the show and presented for Ringtone to choose in his quest for a wife.