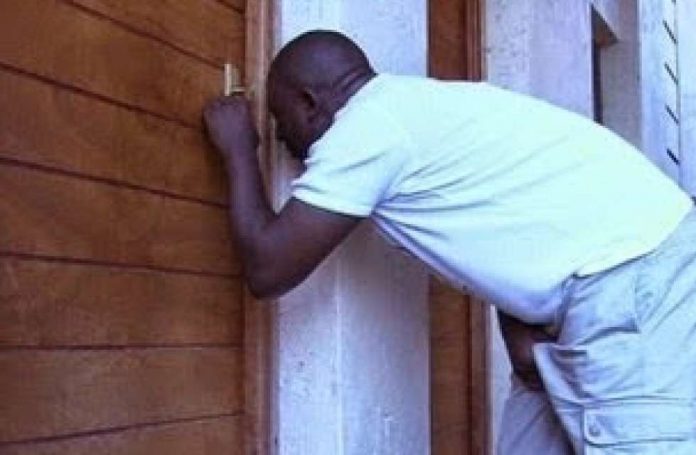 A man was on Wednesday charged with peeping at a woman while she was taking a bath. Hemedi Juma was released on Sh5,000 cash bail after he denied the voyeurism charge before Meru Principal Magistrate Monica Maroro.

Prosecutor Antony Musyoka accused Juma of intentionally peeping through the bathroom door where Jane Saida was taking a bath.

The court heard that Juma committed the offence on September 16 at Majengo village in Imenti North. The prosecution said Juma’s offensive conduct provoked peace. His case will be heard on November 16.

In the same court, six Majengo residents, including Juma, were charged with fighting in a public place.

The fighting is said to have occurred on August 23 at Magundu-Majengo junction. Their case will be mentioned on October 6 and heard on November 15.

She was released on Sh50, 000 cash bail after denying committing the offence on diverse dates between August 3 and September 20 at Nkoune village.