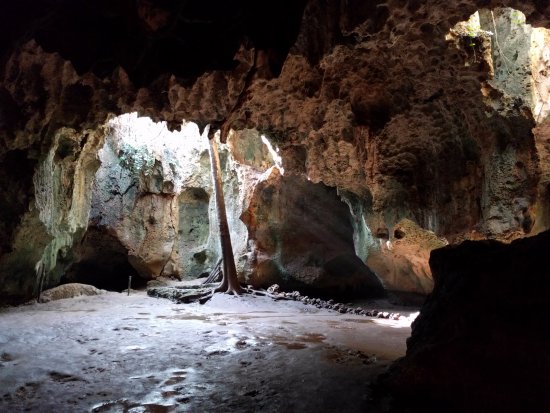 An ancient cave in Nyali, Mombasa went viral in India for the better part of August 19, to Thursday, August 20.

This was after England-based Indian music artist, Kishori Jani, visited the caves and shared a 2-minute video of her experience in the wondrous caves on her social media platforms.

In the video, a statue of Lord Shiva and various other deities can be seen, and are said to have been found in the cave in their current form.

Known as the Gombeshwar Caves, the ancient site has been one of the most visited religious sites in the coastal city. 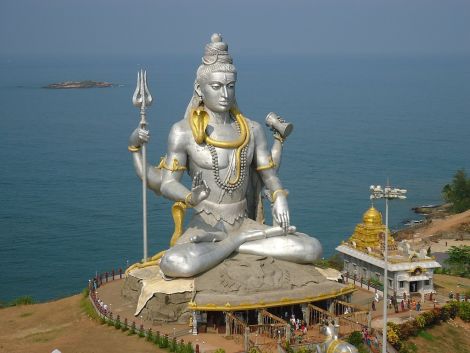 A statue of Hindu Lord Shiva.

Indians from all over the country usually flock to the revered caves to pray.

According to local folklore, the cave-temple was found a long time ago when a group of local herders was puzzled after they noticed that one of their cows regularly released all of her milk at a specific yet random spot on the hills.

They are then said to have approached some Hindu families living in the area to ask if they had any idea behind the strange behavior by the cow.

The group then teamed up, made their way to the spot and started digging.

That is how they ended up stumbling into the cave where they found a ‘Shiva lingam’ – an abstract representation of Hindu Lord Shiva – in it, or so the story goes.

In her video, the British singer can be heard chanting with several Indians visible in the background.

Hindus believe in the Holy Trinity of Gods, Brahma, Vishnu, and Shiva. It was the rare and ‘divine’ find of the latter’s representation in the caves that have seen the video shared widely.

Kenya is one of the leading tourist destinations in the world, boasting of several UNESCO world heritage sites as well as an annual- 8th wonder of the world- spectacle.

Watch a short clip of the famous temple below: