They’ve been dating since April.

And on Friday, wrestler-actor John Cena and girlfriend Shay Shariatzadeh put their budding romance on full display when they were spotted planting a peck on each other in public at Ocean Prime restaurant in Tampa, Florida.

John, 42, was dressed to the nines in a purple tie and blue vest over a white button-down, while his lady love went for a beige-colored number with billowy sleeves. 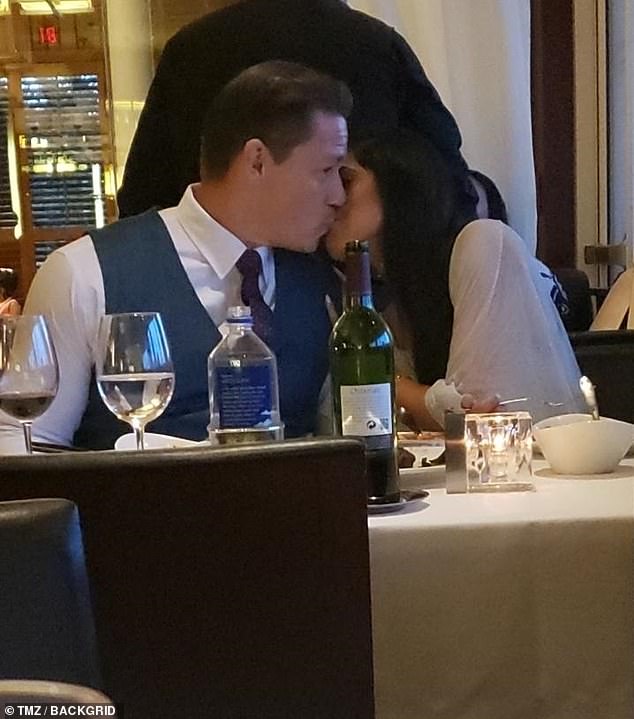 The two noshed on steak, potatoes, salad, wine and a chocolate dessert as they gazed into each other’s eyes – and according to reports, they enjoyed their time at the eatery for four entire hours before leaving.

John and Shay, an engineer, put their romance on blast for the first time when they were seen holding hands in Vancouver, Canada. 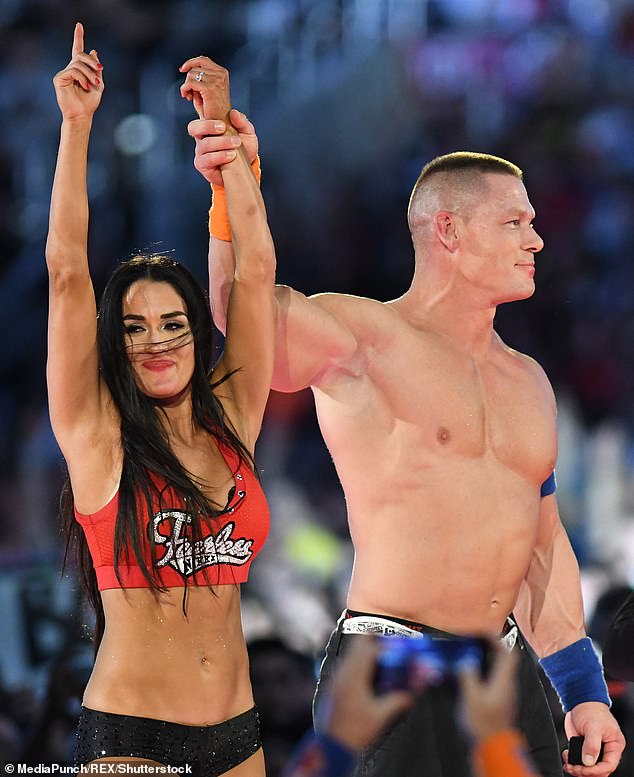 John and Nikki were together for six years before they split in April of last year.

To announce the split, Nikki shared a statement via Instagram: ‘After much contemplation and 6 years of being together Nikki Bella and John Cena announced today their decision to separate as a couple.

‘While this decision was a difficult one, we continue to have a great deal of love and respect for one another. We ask that you respect our privacy during this time in our lives.’

Currently, Nikki is dating Artem Chigvintsev, her former partner on Dancing With the Stars.

But she still has warm feelings toward John, as she expressed on an April episode of her podcast, The Bellas Podcast.

On the show, she told her co-host and sister Brie Bella that she is ‘happy for him.’

‘He’s one of the people, besides you, Brie, who’s made me an amazing person. But because of how sad and how much I hurt him, when I saw the big smile on his face, I felt happy for him,’ she explained.