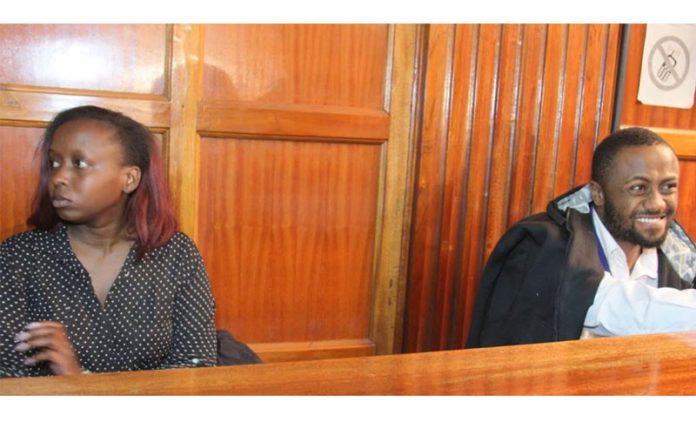 Jacque and Jowie in Court: Citizen Tv journalist Jacque Maribe and her fiancé Joseph Jowie Irungu have been arraigned in court over the killing of Monica Nyawira Kimani. The couple was arraigned at the High Court on Tuesday, facing murder charges for the gruesome of the businesswoman at her apartment. In court footage, Irungu could be seen signing papers presented by his legal team, lead by lawyer Cliff Ombeta. This comes just a day after DPP Noordin HajI sanctioned murder charges against the couple. “I am satisfied that there exists a prima facie case to warrant criminal prosecution … for the offence murder contrary to section 203 as read with section 204 of the Penal Code. “I have therefore directed that they be immediately arraigned before the High Court and charged accordingly,” the statement read. The two arrived at Milimani Law Court separately to face charges for the murder of Monica Kimani. Ms Maribe arrived accompanied by her lawyer Katwa Kigen, while Mr Irungu was with his lawyer Cliff Ombeta. But they largely ignored each other.