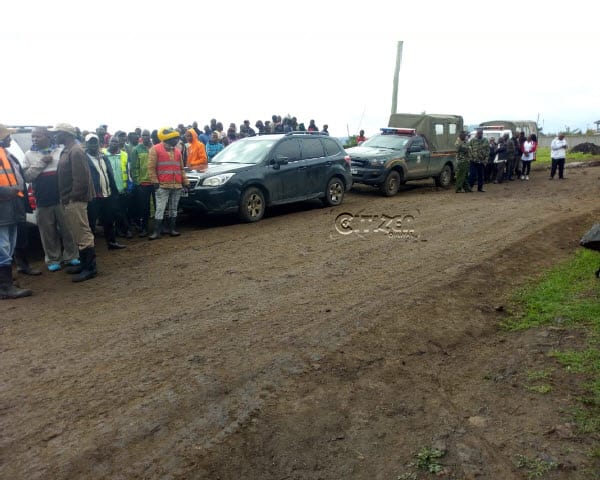 A GSU officer has claimed that he was hired to kill a mother and her daughter at Katani in Machakos County.

Anthony Kilonzo, a General Service Unit officer on Thursday alleged that he was approached by a friend whom he did not identify.

“I recorded statements when I was at the hospital and yesterday when I was arrested …I confessed that I was called by a friend to do the job of killing the lady,” he said.

The court, however, cut him short asking him whether he understood the application.

The Prosecution had sought a custodial order saying police are yet to complete their investigations into the two murders.

The third victim of the shooting, the deceased’s husband is said to be still admitted at Shalom Hospital.

“He is in serious condition and can’t record a statement at this point and can’t assist in the identification parade,” the Prosecution said.

The court was also told that the suspect is a trained GSU officer and if given a bond, might interfere with witnesses as he is a resident of Katani where the murder took place.

According to police, the suspect shot himself on the left leg following the two murders. He however helped police recover two of the firearms that were used in the murders.

The same firearms are said to have been linked to a robbery incident at Wilson airport where one GSU officer was killed.

Other suspects are alleged to be in Busia and Muranga. Police requested for 21 days before charges are preferred against the suspect.

The court ruled that the suspect be remanded until November 21 and be taken for mental assessment.

The gangsters reportedly shot the mother first before turning the gun on the businesswoman.