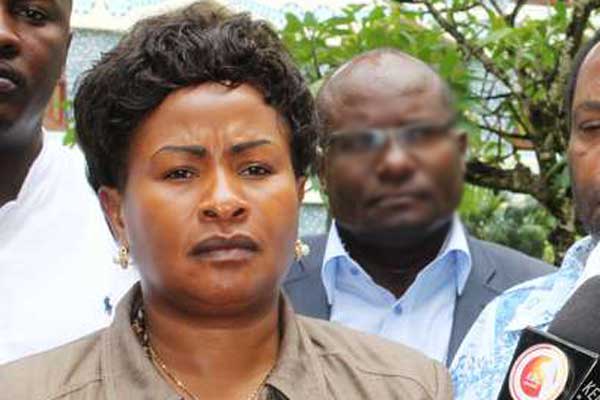 The electoral commission has cancelled Wavinya Ndeti’s nomination as the Wiper Party candidate in the Machakos gubernatorial race.

The Independent Electoral and Boundaries Commission Disputes Resolution Tribunal on Thursday struck out Ms Ndeti’s nomination after finding that she is a member of two parties at the same time— Wiper Democratic Movement and Chama Cha Uzalendo (CCU).

“This committee has considered submissions from both parties and has come to the conclusion that the complaint has merit and is therefore allowed”Commission chairman Wafula Chebukati said on Thursday.

MCA Peter Kyalo had filed a petition saying Ndeti is a member of Wiper Party led by Kalonzo Musyoka and her Chama Cha Uzalendo.

The tribunal further heard that Ndeti became a member of Wiper on April 6 a day after the defection deadline, and that her nomination was irregular and unlawful.

Ndeti dismissed the claims made before the Political Parties Disputes Tribunal, saying her nomination was valid. She further argued through her lawyer that she was not a member of CCU.