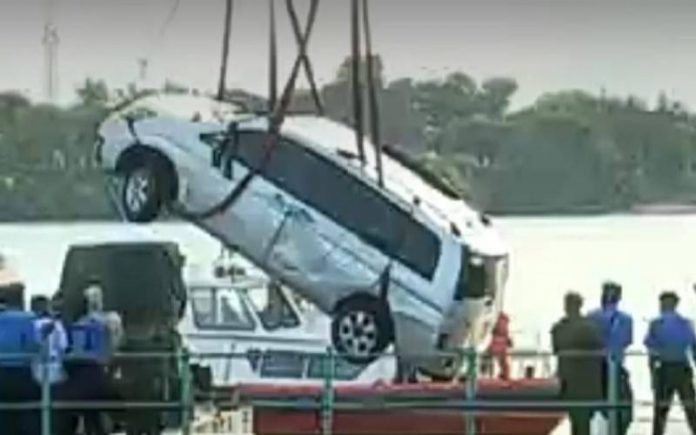 New details have emerged on the last minutes for Miriam Kighenda and her daughter Amanda Mutheu who perished in the Likoni Ferry tragedy of 29 September 2019.

Images from the car show that the two breathed their last while locked up in a tight embrace after the car they were in drowned in the Indian Ocean on the fateful day.

Their bodies which were recovered yesterday (11 October 2019) were found entangled together in a tight embrace in what many believe was the brave mother’s final attempts to comfort her daughter in the face of death.

According to Saturday Nation, a stand-off ensued between Kenya Navy officers and a team of elite divers from South Africa.

Joho’s intervention that saved the operation

The team of eight from South Arica abandoned the mission as a result of the stand-off and were on their way to board their flight back home at Moi International Airport when Mombasa Governor Ali Hassan Joho intervened.

The publication quoted a source privy to the details stating that the entire operation was characterized by lack of planning with the Kenya Navy taking control of the rescue operations and wanting to be seen as the ones who were doing everything to save the victims.

“What we were going for was just like a breakfast meeting where we shared information on locations that we had found using our machines,” stated the source who spoke on condition of anonymity.

“The Kenya Navy was commanding everything, leaving out others, and that’s why some divers pulled out because they were frustrated,” he added.

The bodies were finally recovered inside the car, registration number KCB 289C, after it was lifted out of the ocean at around 4 p.m. on Friday afternoon.

Police, together with pathologists, then proceeded to remove the bodies from inside the car in a heavily guarded exercise where AP officers provide a human barricade around the vehicle.