How Akashas Brothers Murdered, Bribed And Did Drugs Business With Governments Knowledge 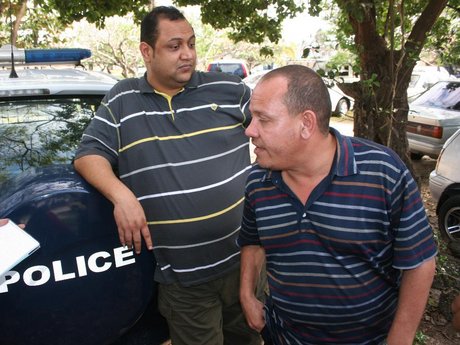 A US court has heard how the Akasha family masterminded massive bribery of Kenyan officials and plotted numerous gangland-style attacks, including contracted murder.

In the course of five hours on the witness box, Indian national Vijay Goswami said these lurid incidents involved Ibrahim Akasha, his elder brother Baktash and himself. 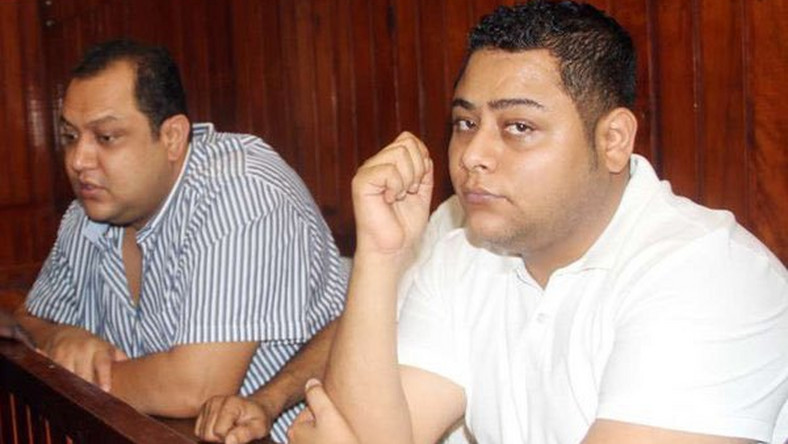 Neither Goswami nor the Akasha brothers have been formally charged in the US with planning the 2014 murder in South Africa of a drug gangster, who has been identified in court only as Pinky.

um sentences of life imprisonment.Defence attorneys for Ibrahim and Baktash sought, in their cross-examinations of Goswami, to cast him as a habitual liar and vicious criminal who agreed to implicate the Akashas in Pinky’s murder as part of an arrangement in which he has agreed to co-operate with US prosecutors.

Goswami, 59, could also receive a life term for conspiring with the Akashas to smuggle 99 kilogrammes of heroin and two kilos of methamphetamine into the United States. A fourth figure in the case, Pakistan citizen Gulam Hussein, has likewise been charged with those crimes’. He, however, did not take part in Thursday’s proceedings. 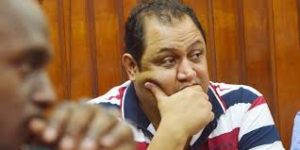 Ibrahim, 30, and Baktash, 42, both sat stoically in pale-beige prison scrubs as Goswami, their long-time associate, swore that he and the Akashas had paid about $4 million (Sh400 million) in bribes to Kenyan police, politicians and prosecutors in order to carry on their lucrative drug trade.

Goswami did not name any of the Kenyan officials who had been paid off.

His testimony indicated that he and the Akashas had continued their criminal activities in Kenya after being released on bail following their arrests in 2014 and before their extradition to the US in 2017.

Neither the balding and clean-shaven Baktash nor the faintly bearded Ibrahim showed any emotion as Goswami depicted them as ruthless individuals willing to assault or kill anyone thought to be challenging their control of the narcotics trade in Kenya.

Clad in black prison garb, the white-haired and bearded Goswami recounted beatings of rival drug dealers in Nairobi and Mombasa that, he said, were carried out by Baktash and accomplices, including Ibrahim. 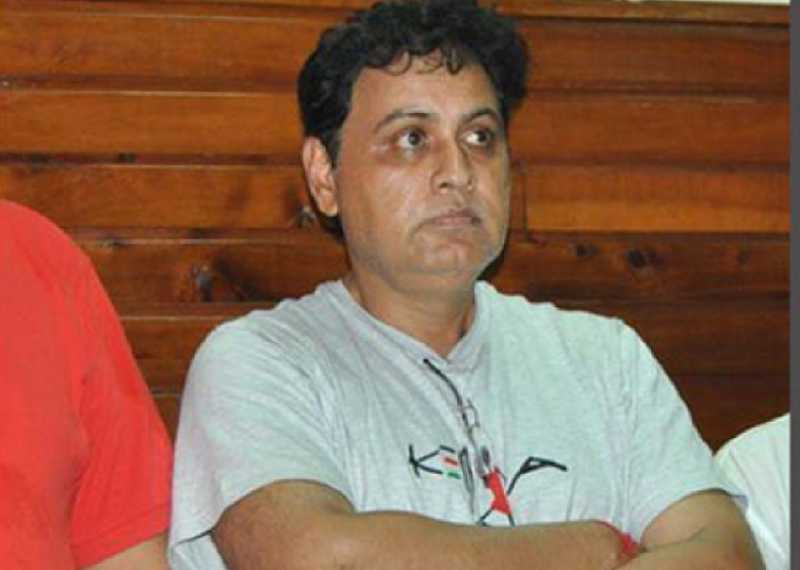 Goswami also testified that he himself had been assaulted by Baktash on one occasion due to a dispute involving proceeds of a drug deal.

A South African drug lord named David Armstrong was on the receiving end of one of Baktash’s beatings, Goswami testified. Armstrong, who allegedly employed Pinky as a right-hand man, was attacked in 2014 in the gazebo of Baktash’s home in Mombasa, Goswami said.

Armstrong had supposedly failed to make good on a promise to provide Baktash with 500,000 tablets of Mandrax, an illegal and addictive sedative popular in South Africa. Armstrong had also not kept a commitment to Baktash to allot him a 25 per cent share in a Mandrax manufacturing operation in Congo. Those two paybacks had allegedly been pledged in return for $500,000 (Sh50 million) in bribes that Goswami and Baktash had paid to Kenyan authorities to resolve an “immigration problem” Armstrong was experiencing in Kenya.

Armstrong’s Mandrax factory had earlier been located in Nyeri, but “he cleaned it up”, Goswami testified, after Baktash had alerted him that Kenyan police were planning to raid the facility. 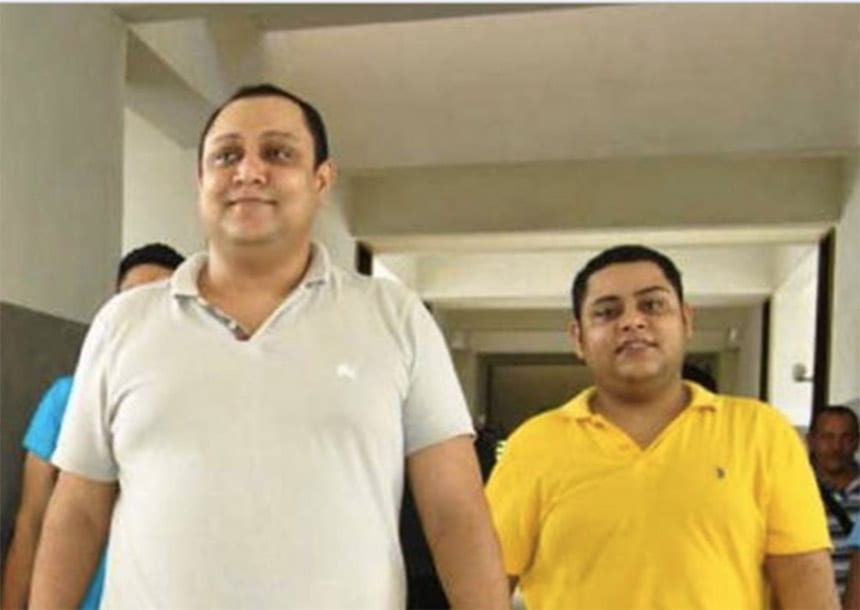 Baktash told him, Goswami added, that Armstrong was being protected in Kenya by Stanley Livondo, a Kenyan businessman and politician.

Goswami said that soon after the beating of Armstrong he heard Livondo threatening Baktash in a telephone conversation. Livondo supposedly told Baktash that he would come to Mombasa “and beat the s*** out of you”.

True to his word, Livondo did soon confront Baktash and Ibrahim and a bodyguard of the elder Akasha brother at City Mall in Mombasa. As Baktash and Livondo began fighting, Baktash fell to the floor, and Ibrahim then pulled out a gun, Goswami said, telling Livondo, “Stop it or I’ll kill you.”

Mall patrons fled at the sight of the gun, with some ducking for cover under tables, Goswami added.

Returning to Baktash’s home, the brothers and the bodyguard handed their weapons to Goswami, so that they could go to a local police station and bribe the head officer to stop them from being charged in connection with the brawl in the mall.

Much of Goswami’s testimony, under questioning from lead US prosecutor Amanda Houle, was focused on the murder of Pinky. His killing is the main element in US prosecutors’ effort to depict Ibrahim Akasha as a dangerously violent man deserving of a life sentence. 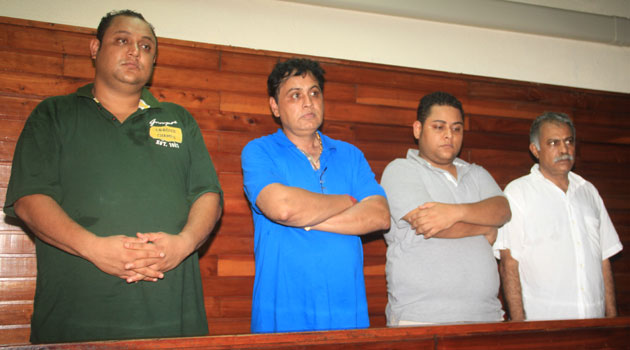 Pinky had called Baktash a week or so after the fight with Livondo and said he intended to “take revenge on us and have us killed for beating up Armstrong”, Goswami told the court.

“We agreed it was going too far and agreed to have Pinky killed,” he added.

Baktash, Ibrahim and himself wanted to arrange Pinky’s murder partly in order to “put out the impression on the South African drug market that we are not here to play.”

Goswami said he told the Akashas that his brother-in-law, Dennis Jedburgh, had connections in South Africa through which he could arrange the killing of Pinky. Ibrahim suggested instead that “professional killers” in Mombasa could travel to South Africa and murder Pinky, he recounted.

Baktash, Ibrahim and Goswami ultimately agreed, the US government witness said, to compensate Jedburgh with half a tonne of a substance used in manufacturing Mandrax.

Jedburgh subsequently informed Goswami via a phone call that Pinky had been killed. He had been shot 32 times while in his car.

Baktash was “over the moon” upon hearing this news, Goswami added. “He started playing music, dancing and shooting his gun in the air.” 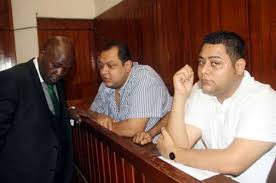 Armstrong eventually handed over 150,000 Mandrax tablets to an associate of Baktash’s in South Africa. The drugs were sold in Cape Town, with Baktash getting the proceeds, he related.

Goswami also told of a savage beating by Baktash of an associate of Ali Punjani, whom he described as a rival drug lord in Mombasa. This Punjani lieutenant suffered “a very bad head injury” and was in a coma for three or four days, Goswami said. He recalled that Baktash showed him a mobile phone photo of the hospitalised man and laughed at the man’s condition.

On New Year’s Eve 2016, a shoot-out took place between the Akashas and Punjani and his associates at a private club in Nairobi, Goswami also testified. “Ibrahim beat up one of Ali Punjani’s men at the club and was proud of it,” Goswami said. Baktash supposedly told Goswami later that “Ibrahim took away my power” in the competition over drug-dealing supremacy in Mombasa.

In their efforts on Thursday to discredit Goswami’s accounts, Ibrahim’s attorney Dawn Cardi and Baktash’s attorney George Goltzer questioned the witness about his extensive criminal history. The two lawyers also sought to show that parts of Goswami’s testimony contradicted what he had earlier told US prosecutors in the course of about 50 meetings with them in a New York detention centre.

Goswami said he had been sentenced to life imprisonment in Dubai in 1997 for drug offences. The witness noted, however, that his confinement did not prevent him from carrying out additional crimes, including money laundering in several countries as well as drug transactions, via mobile phone from his prison cell in Dubai.

He said he earned between $2 million (Sh200 million) and $3 million (Sh300 million) through these activities, including a $500,000 (Sh50 million) cash commission for having arranged for associates in New York to launder about $50 million (Sh5 billion) on behalf of drug dealers in Colombia.

Goswami acknowledged that he cooperated with Dubai government intelligence agents whilst in prison. He was subsequently freed after serving 15-and-a-half years of his sentence. Goswami then travelled to Kenya in 2013 on a forged passport, he said.

Attorney Cardi tried to show in her cross-examination of Goswami that he had made a deal with Dubai authorities that resulted in reduced time in prison. Her apparent intent was to liken that purported arrangement to Goswami’s deal with US prosecutors. 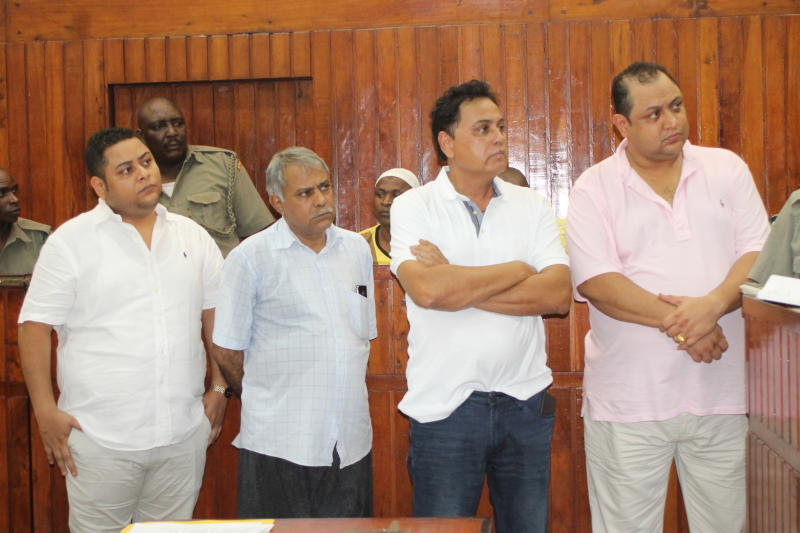 Goswami denied that he had been promised reduced sentences in either of those cases. Lead US prosecutor Houle objected to parts of this line of questioning by Ms Cardi, with Judge Marrero sustaining some of her objections.

Goswami admitted under questioning from defence attorneys that he had ordered the murders of several people before and during his time in prison in Dubai. He assented to attorney Goltzer’s suggestion that he had “no problem murdering people”.

Baktash’s defence lawyer also pointed out in his questioning of Goswami that it was his contacts in South Africa who had “pulled the trigger on Pinky” and that neither Baktash nor Ibrahim had contacted those killers. Goswami countered by saying that he, Baktash and Ibrahim jointly made the decision to have Pinky killed.

When caught in apparent contradictions between his remarks as a witness on Thursday and the written record of his statements to US prosecutors, Goswami said he could not recall what he had said or that he did not know what the defence attorneys were referring to. “I’m sticking to my story,” he said at a couple of points during these cross-examinations.

Near the end of the court day, it emerged that Goswami had connections with the Yakuza, the foremost criminal gang in Japan. He said he had been asked by Indian government intelligence agents to arrange for Yakuza members to travel to Thailand to assassinate a person there described as a terrorist and to also go to Pakistan to kill “two or three” other persons similarly said to be terrorists.

Defence attorney Goltzer suggested that Goswami had agreed to co-operate with Indian authorities in order to avoid being extradited to India, where he is facing criminal charges.

Prosecutor Houle was due to carry out a further round of questioning of Goswami yesterday.

It is also expected that Judge Marrero will set new dates for the sentencing of the Akasha brothers.