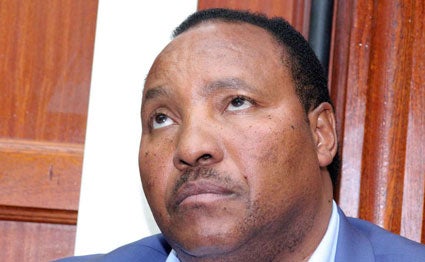 The Kiambu County Assembly has voted to impeach Governor Ferdinand Waititu over alleged gross misconduct and abuse of office.

This is after 63 MCAs voted in support of the motion tabled by Ndenderu MCA Solomon Kinuthia who, among other issues, accused the embattled county boss of gross misconduct and abuse of office.

Only one MCA voted against the motion while 28 were absent, thus, the motion met the required two-thirds majority threshold.

At least two-thirds of the Assembly must support the impeachment motion for it to go to the Senate.

According to the motion, Waititu contravened the public procurement and disposal act by allegedly influencing the award of lucrative tenders to companies associated with his immediate family and close relatives.

In the petition, the county boss is also accused of hiring over 600 casuals without the involvement of the County Public Service Board before later firing them. According to the MCAs this exposed the county to the risk of multiple suits and loss of public funds.

Mr. Kinuthia further intimated that Waititu violated the Constitution of Kenya by forcefully dispossessing and unlawfully occupying the property of Cecilia Njoki Mbugua, a Thika widow.

At the same time, a motion to impeach Deputy Governor Nyoro on the grounds of gross violation of the Constitution and the County Government Act flopped after Witeithie MCA Macharia Taki, who was pushing it failed to attend the session.